About 2 years ago, Dr. Ross’s memory was starting to go.

His mother had Alzheimer’s disease quite badly for many, many years, so he figured it was the same thing that was happening to him.

He started doing a number of things to combat it.

But nothing was working.

His short term memory was going, his concentration, and he started to experience some issues with his balance.

Then in January 2019, he fell over while working on a project in his garage, and he couldn’t get up.

“When your brain tells your body to get up, and your body says no, you know there’s something wrong.”

The next day, he went to the emergency.

They did a CAT scan and discovered a very large tumor in the middle of his head.

He was taken care of by a young neurosurgeon, who did an MRI,  which, thankfully, showed that it was quite possible to remove it.

Dr Ross being no stranger to brain tumors-he had brain cancer in 2005-made a pledge to not do chemotherapy, or radiation.

4 days later, he was in surgery and within 8 days he was back home.

“Needless to say, when you’ve had a malignant tumor like that removed, you have to wonder about your future because you don’t know where you’re going to be or what’s going to happen.“

The people around him were not that positive about the possible outcomes.

Then in February, he had to go through a second surgery, which was identical to the first one, “I had lots of practice, so it was much easier“

“Having your head opened up and your brain played with is a very interesting process to go through, I have to say“

When asked what caused his brain tumors, Dr Ross replies, “Well, back in the early days of cell phones, before anyone really knew what was going on, I used one too much,” whilst acknowledging, “there’s always an emotional aspect to any health challenge”. 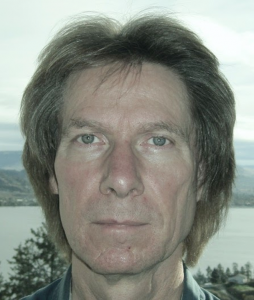 In 2005, he had a close call with cancer and survived through alternative treatment.

He’s been involved in EMF work since the 1980s, offering home and business EMF consultations, and evaluations, and has inspected thousands of homes in the course of his work.

Listen to my interview with Dr. Ross Andersen and discover: