Cell phones are without doubt the most widely used devices in modern-day communication.

Cell phones emit radio frequency radiation (RFR), a form of microwave radiation within the electromagnetic spectrum. They operate primarily by sending and receiving low levels of radio waves from their antennas to nearby cell towers.

Unfortunately it’s not because the power levels are low that these exposures may be considered safe, far from it.

A recent study, published by the BioInitiative Working Group 2017, concluded that using a cell phone for just half an hour per day can double the overall risk of developing a malignant form of brain tumor.

Now, brain tumor and brain cancer are terms that get bandied around a lot. But what do they mean? 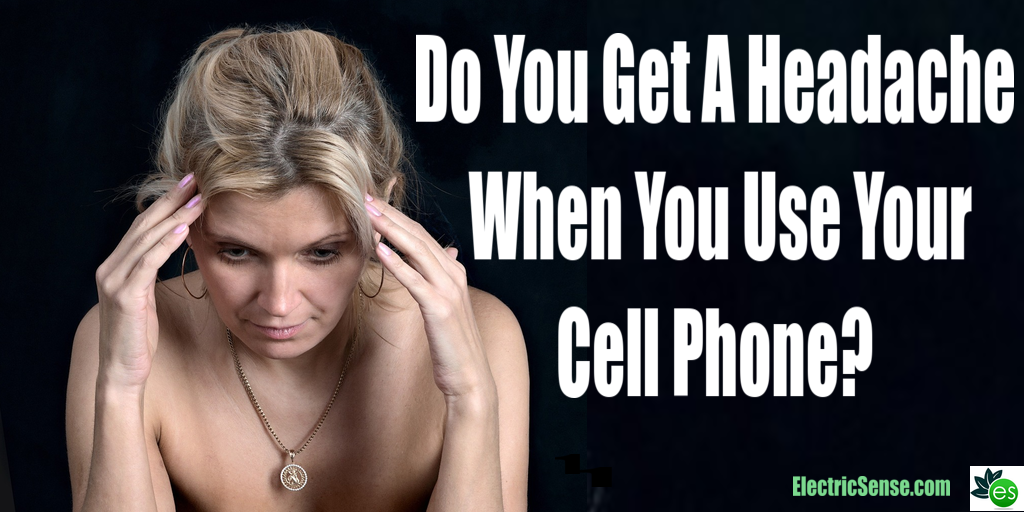 What Is Brain Cancer?

Brain tumors are abnormal cell growth or proliferation in the brain. Although such growths are popularly and usually called Brain Cancers, not all brain tumors are cancers. Cancer is a term reserved for malignant tumors which are fast-growing tumors that spread to other areas of the Central Nervous System (Metastasis). Select examples of Brain Cancer include; Gliomas, Meningiomas and Schwannomas e.t.c. [1,2]

Gliomas, in particular; a group of cancers arising from supportive tissue of the brain, represent about 27% of all brain cancers and 80% of all malignant tumors. [3] 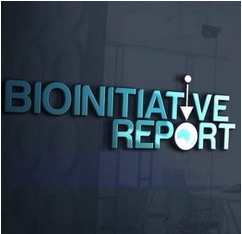 The BioInitiative Working Group [6] an independent group of international scientists, researchers and public health professionals working on the biological effects of electromagnetic fields (EMFs), has released an important update analyzing the scientific results of case-control studies published between 2010 and 2017 on cancers of the brain.

This recent update [7] found, “nearly a doubling of the risk overall if the cell phone is used for 1,640 hours or more.” This equates to about half an hour per day over ten years.

They also found that: “if the cell phone is used primarily on the same side of the head, however, the odds of getting a tumor on that side of the head increase to more than two and a half times compared to those with no wireless phone exposure.”

The implication of this re-analytical report cannot be overemphasized; it gives clear science-based evidence that cell phone radiation can double your risk of brain cancer.

The IARC Interphone Study [14,15] is the largest case–control study to date investigating health hazards related to mobile phone use as well as other potential risk factors for the tumors. It was a multinational case-control study, conducted in 13 countries, set-up to investigate whether the RF fields emitted by mobile phones are carcinogenic.

The very large nature of the study gave the researchers a hard time coming to a mutually agreeing conclusion. But then, the publication of the overall INTERPHONE results was finally initiated by the then Director of IARC, who brokered an acceptable agreement between the scientists to finally get the results published in May 2010: “no direct association between mobile phone use and meningioma was found in the overall Interphone results.”

However the study’s authors did find an increased risk of brain cancer (in the form of Glioma) from cell phone radiation, they concluded that “subgroup analyses showed statistically significant increased risk for Glioma.”

The CERENAT case-control study [16], a multicenter case-control study carried out in four areas in France in 2004–2006, objective was to analyze the correlation between mobile phone exposure and primary central nervous system tumors (gliomas and meningiomas). No association with brain tumors was observed when comparing regular mobile phone users with non-users.

However, a high degree of or statistically significant correlation was established in the heaviest users when considering life-long cumulative duration. This additional data form CERENAT further augments previous findings concerning the association between heavy mobile phone usage and brain tumors.

The Hardell Group Studies [15]; Sweden was among the first countries to widely adopt the use of mobile telecommunications. This instigated the swede scientist Dr. Hardall into investigating potential health hazards of the use of these devices and hence, the Hardell Group studies (1999 – 2011). Pooled analysis of the results these studies showed that; both the use of mobile and cordless phones gave a 2-5 fold increase in overall risk for glioma after prolonged use.

It is worthy to mention that the decision of the World Health Organization to classify RF Radiation from mobile phones as a Class 2B (possible) carcinogen was largely based on an increased risk for cancer due to cell phone usage as shown by these aforementioned very prominent studies (not the CERENAT study).

Asides these major pools of evidence, numerous other review publications as well as meta-analysis have linked RF radiation from cell phones to brain cancer.

This recent update by the BioInitiative Working Group [6] also reported that, “if the cell phone is used primarily on the same side of the head however, the odds of getting a tumor on that side of the head increase to more than two and a half times compared to those with no wireless phone exposure“. 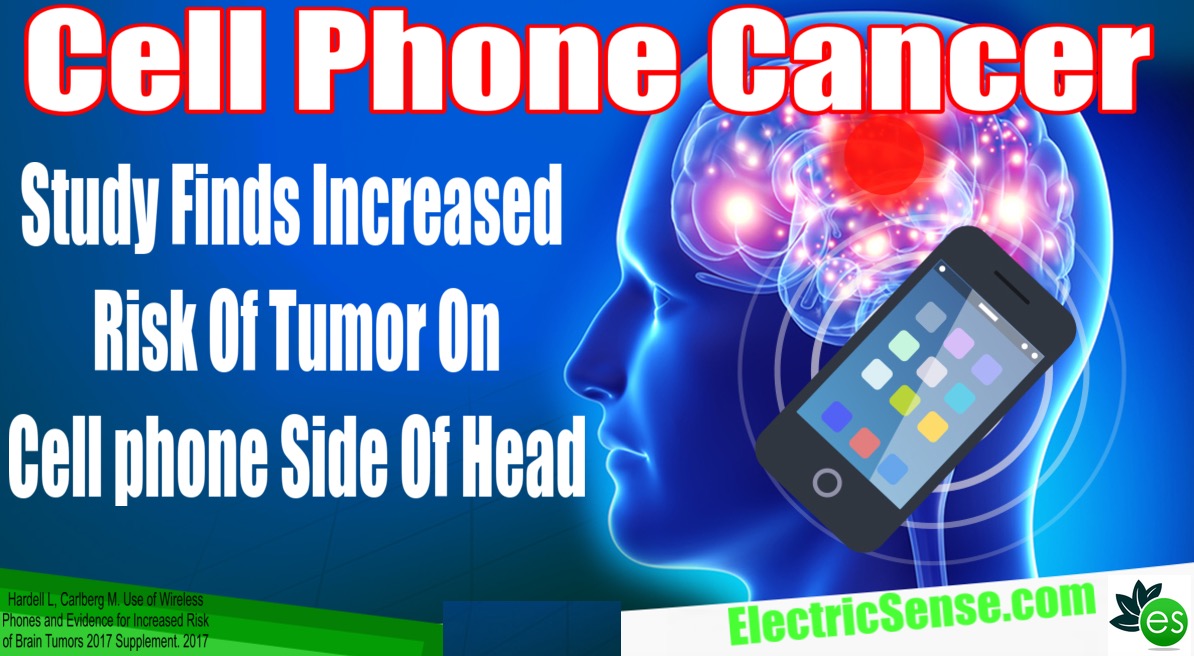 But previously, an Australian scientist reported in this meta-analysis [19] that “there is adequate epidemiologic evidence to suggest a link between prolonged cell phone usage and the development of an ipsilateral brain tumor.”

A case-control study by Lonn et.al., [18] reported an increased risk of acoustic neuroma with mobile phone use of at least 10 years’ duration.

A Japanese meta-analysis study [20] was carried to evaluate the correlation between mobile phone use and brain cancer risk via pooling and analysis of published data. The conclusion was that: “According to this meta-analysis, long-term mobile phone use may increase the risk of developing glioma.”

A Swedish study [21] evaluated diagnosed adult brain tumor cases over a two year period (2007 -2009). The conclusion was that, although “no conclusive evidence of an association between use of mobile and cordless phones and meningioma was found, there was an indication of increased risk was seen in the group with highest cumulative use”

The Pituitary gland is an endocrine master gland located as protrusion off the bottom of the hypothalamus at the base of the brain. Cancer in this region is regarded as brain cancer as well. A UK study, The Million Women Study [22] found an increased risk for pituitary tumors in users of mobile phones compared to those who have never used.

A research [8] analyzed the Swedish National Inpatient Register (IPR) and the Swedish Cancer Register during 1998-2015 to study the trends of brain tumors in different age groups as well as to study the risk of developing glioma associated with the use of mobile phones.

In summary, the study showed increasing rates of brain tumors (an unknown type D43) with the highest rate during 2007–2015 and especially within the age group 20–39 years at diagnosis. This in part may be explained by the higher risk for brain tumor in subjects who used wireless phone before the age of 20 years. 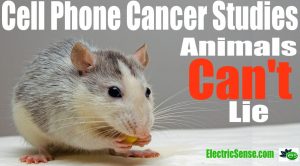 In 2016 the U.S National Toxicology Program (NTP) published findings of what is considered by many as the world’s largest, most well-designed study of its type. This initial report of partial findings [10] in tests on animals (rats and mice) found incidences of Malignant Gliomas (Brain Cancer) in the brain and Schwannomas (also known as Neuromas) in the heart of male rats exposed to RF Radiation.

The increased tumors found in the NTP”s animal research studies parallel those found in people who are long term cell phones users. Ronald L Melnick, PhD, who led the NTP study design team before he retired in 2009, stated, “the experiment has been done and, after extensive reviews, the consensus is that there was a carcinogenic effect.”

This work by the NTP confirms earlier studies done by Thomas Tillmann in Germany [23] as well as that of CK Chow [24] in the 1990s.

These studies show that animals exposed under controlled conditions to the same types and levels of radiation that many ordinary people are exposed to in their lifetime through cell phone use, produce significant increases in highly malignant rare tumors of the brain – indeed, many people are exposed to significantly higher doses of cell phone radiation than the animals in these studies.

A study [4] discovered that ‘cell phone broadcasts occur specifically at frequencies at which the head serves as an antenna and brain tissue serves as a demodulating radio receiver.’

The implication is highly significant. It implies that high amounts of RF radiation emitted by mobile phones are absorbed and retained in brain cells; no wonder Brain Cancers are one of the most clinically significant health effects of RF Radiation from cell phones.

In May 2011, the International Agency for Research on Cancer (IARC) at the World Health Organization (WHO) evaluated and declared RF Radiation from mobile wireless phones as a Group 2B, ‘possible’ human carcinogen [5]. Independent scientists are calling for cell phone radiation to be re-classified as a Group 1 ‘probable’ carcinogen.

In this new publication [6], Hardell and Carlberg further affirm their premise that RF radiation should be regarded as a Group 1 carcinogen (a human carcinogen) according to IARC definitions as concluded in their 2013 report [12].

Dr. Anthony B. Miller [13], a cancer expert and advisor to WHO/IARC states “the evidence indicating wireless is carcinogenic has increased and can no longer be ignored.” He believes that the WHO/IARC classification of RF Radiation from cell phones as Group 2B carcinogen no longer suffices. Evidence published since 2011 fulfills the requirements to re-classify RF radiation as a “Group 1 carcinogenic to humans” agent.

He further explains that the basis for his submission is largely dependent on recent scientific publications which include the 2017 re-analysis of data from the Interphone study, the 2014 French National CERENAT Study, Swedish Cancer Data Analysis, and the 2016 results of the National Toxicology Program.

This latest publication together with the other major studies outlined on this page, provide a large body of evidence revealing the carcinogenic effects of RF Radiation from cell phones on the brain – cell phone brain cancer is a reality.

Does this mean that we have cast iron proof that cell phone radiation can cause brain cancer? No.

But from where I’m sitting the evidence is over-whelming.

We can’t keep turning a blind eye to this major threat to humanity. Particularly for the sake of our children.

We’ve known for over 20 years that children are more vulnerable to the effects of cell phone radiation, leading scientists and doctors are speaking out about this and yet I regularly see small children using and playing with a cell phone.

Act now to protect yourself and your loved ones.