For Harrison, it was a single cell phone call that broke the camel’s back.

It was the 90s, at the time he was using his cell phone in the car quite a bit.

One day he was on a long call with customer service for something.

They put him on hold for about 30 minutes.

When he finished the call, he was experiencing a distinct burning sensation in his left temple that he’d never felt before.

At the time, he put it down to the stress and the strain of the call.

But, despite taking aspirin, the pain stayed with him for several days.

And he continued to get head pain on and off for about a month, on the same spot, the left temple.

He consulted a series of doctors and allergists.

He was told to write down everything he ate, the allergist was convinced it was something that he was eating.

But then Harrison had an idea.

“It occurred to me that it might be where I’m going as opposed to what I was doing.”

So he started keeping a journal of where he was going.

He noticed he was in pain in places like coffee shops and bookstores.

But only in stores where there was Wi-Fi.

He started to wonder about the WiFi.

He did some research online and found people were talking about it.

So he decided to buy an EMF meter and do some tests.

He discovered that around 600 millivolts per meter he would begin to feel pain.

This could happen in front of a microwave oven, if he used a cordless telephone or his cell phone.

“The bell went off and it changed everything.”

One thing led to another and slowly he began to find a community of like-minded people.

“I started to sense that there is some good here… I’m meeting these beautiful people and I’m having these very sobering conversations… there’s a lot of truth in our conversations.”

Which inspired him to keep talking and keep researching EMFs.

He read everything that he could find on Dr. Martin Pall’s work and he started protecting himself.

Eventually, he settled on a few simple strategies that changed, “almost everything for me”.

Interview—How To Turn Down Your Reactivity To EMFs 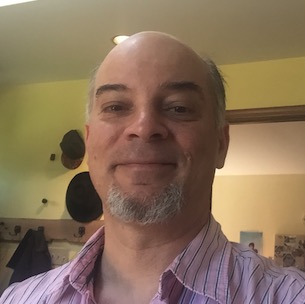 Harrison has been an educator for twenty years. After becoming sensitive to EMFs in the 90s, he began an extensive exploration and education into understanding, and reducing his daily EMF exposures.

Since 2010 he’s been conducting EMF testing and mitigation in homes, apartments, dorms, offices, schools and for pre-purchase decision making.

Listen to my interview with Harrison Barritt and learn:

*****This interview has been broadcast to listen to up-coming EMF-health interviews make sure you are signed up to my newsletter.*****