As a child, as a teenager and as a young person, Susan was injured by pesticides multiple times.

When they were spraying DDT she was one of the kids that would run behind the trucks.

She was also exposed to algaecide that was used in a lake when a boat went by and a wave went over her head—she didn’t know about it because there was no signage.

As a result, she was severely multiply chemically sensitive (MCS) and she was extremely ill.

At that time, throughout the 1970s and ‘80s, there was absolutely no help.

She had no idea that there was another person in the world like that.

She was also discovering she was sensitive to electromagnetic radiation and fields.

Following the lake incident, for the next 15 years, she was barely able to function, mostly homeless, living either out of her car or at the kindness of people who cared enough to give her a room in their home for free.

She kept saying over and over in her head, “I don’t want to be in this no-man’s land. Neither life or death.”

She would say, “Please, just give me health. Even a little bit of health. I will do anything. I’ll walk into the White House for you.”

Little did she know, that prediction would become true in 1994.

She ended up creating a Work Group on Chemical Sensitivity.

At one point she had an oxygen tank with a respirator and she drove the 12 hours from Boston to Washington, she was doing this regularly.

She would be hellishly sick once she got there, often for three days and three nights.

But it paid off.

Amazingly by January of 1994, she got material directly to Al Gore and all the health agencies and chemical sensitivity was established at the Federal level as a real, medical condition.

Susan Clarke is an unstoppable force.

And now she’s got the telecoms in her sights.

Today (and for about the last 2 decades) her specialty is the biological effects radiofrequency microwave radiation and particularly 5G.

She’s already had success, several municipalities have used documents Susan has authored to stop or limit 5G in at least three states.

For my next interview, I’m delighted to welcome environmental health advocate Susan Clarke.

Interview—How To Stop 5G Where You Live 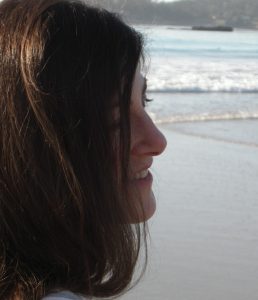 For 30 years, Susan Clarke has advocated the right to environmental health, exposing essential but suppressed truths.

In 1990, she began presenting a lecture to awaken audiences to help matters beyond food and water. She alerted US Congress and health agencies to various emerging problems such as radiofrequency microwave radiation bio-effects.

She produced the first medical conference other than the Pentagon’s on the Gulf War syndrome, receiving in 1996, recognition from the American Association of Environmental Medicine and US representative, Joe Kennedy.

In her primary area of expertise, radiofrequency microwave radiation bio-effects, she testifies to governments and debates industry experts with irrefutable research and has authored legislation to prohibit geo-engineering and 5G.

For more information on Susan’s work see https://scientists4wiredtech.com/ and https://zero5g.com/.

Here is a video presented by Susan’s colleague Paul Gee which gives a flavor of what she’s been working on:

Listen to my interview with Susan Clarke and discover:

If you have follow up questions about this interview you can contact Susan Clarke directly here https://scientists4wiredtech.com/susan/.