Judging by the many devices that now use WiFi it’d be difficult to believe that it’s not safe.

10 years ago WiFi was virtually unheard of.

It’s in the home, in the workplace and even in the street.

It’s in Internet connections, in video game consoles like the Nintendo Wii, the Playstation 4, the Microsoft Xbox, in PDAs, in smart phones, and in a whole host of other types of consumer electronics.

So WiFi must be safe, right?

Wireless modem routers and wireless computers contain transmitters that use this radio-frequency radiation to send information back and forth in the air.

This radio-frequency (RF) radiation can penetrate walls made of wood, concrete and metal. It can easily penetrate our bodies.

There is a large body of scientific evidence, including peer reviewed studies conducted by scientists from around the world, that show WiFi radiation to be harmful (see bottom of page for a listing of some of the studies).

These scientists and medical experts are speaking out, here’s what some of them are saying: 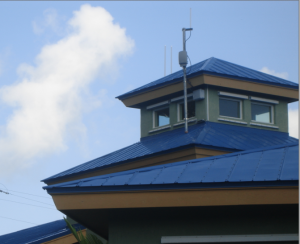 definition WiFi does not use any wires it uses radio frequency technology.

WiFi has a carrier signal in the 2.4 GHz range or 2,450,000,000 oscillations per second (which is nearly S HF) with some more recent devices operating in the 5 GHz range AND a digital pulsed signal of 10-250Hz which penetrates walls, ceilings, floors and not to mention humans.

Update: On 23 April 2020, the Federal Communications Commission (FCC) opened the 6 GHz band for Wi-Fi and other unlicensed uses, meaning modems and routers will be able to use these frequencies to broadcast Wi-Fi signals. This new standard will be called Wi-Fi 6E and will be available from the end of 2020.

So cell phones and digital TV are operating broadly in the same frequency. The reason why we don’t hear any alarming reports about cancer and digital TV usage is probably because your digital TV is not positioned a few centimeters from your head.

But WiFi is operating much higher up the spectrum than these other devices, more energy is in play. Fortunately WiFi modems and transmitters are not held in such close proximity to the human body as cell phones, or are they? Many cell phones also offer a WiFi functionality.

You may have a cell phone but is your cell phone switched on all the time? If you have a WiFi router at home this generally operates 7 days a week, 365 days a year. Many people sit in offices completely oblivious to the fact that they are exposing themselves to WiFi radiation.

The only way you can effectively reduce reduce your exposure to electrosmog is to measure your electromagnetic pollution using an EMF meter. These have now become inexpensive easy to use devices which allow you to easily detect and measure the radiofrequency pollution in your home or workplace.

You don’t have to take my word for it when I say that WiFi is very bad for your health. More and more studies point to the adverse health effects of radio frequency radiation.

I have never had WiFi in my home. I make sure that the WiFi function is disarmed on my modem and also that it is disarmed on my laptop, and I test regularly with my EMF meter for WiFi radiation from my neighbors routers, I would advise you to do the same.

Cig B. and Naziroglu M. 2015. Investigation of the effects of distance from sources on apoptosis, oxidative stress and cytosolic calcium accumulation via TRPV1 channels induced by mobile phones and Wi-Fi in breast cancer cells. Biochem Biophys Acta. http://www.ncbi.nlm.nih.gov/pubmed/25703814