Dr. Robert had been working for a number of years in pediatric neurology and pediatric epilepsy, working to help people get their health back.

After many years, he realized that particularly people with seizures and people with epilepsy, he was not doing such a good job.

People were typically on one or multiple medications. These medications might help control seizures but they weren’t getting to the root of the problem and helping to eliminate epilepsy.

Quite simply, many people with seizures were not being cured of their epilepsy.

“I became more and more frustrated that so many people I was seeing, kids and some adults with special needs, were on multiple medications, still having seizures, stuck in what I call the matrix where we treat our bodies and brains as big bags of chemicals, and all we’re trying to do is suppress seizures with medication.“

For Dr. Robert, the medication was like putting water on an electrical fire.

He started doing additional training and began his own research.

As time went by, he began to see more and more people with similar symptoms.

For Dr. Robert, the increase is so significant today, that its what he calls a P**demic in mental and physical health.

“I was seeing an astronomical number of kids and adults through a feedback practice with headaches and sleep issues, and tics were increasing more and more people with epilepsy and seizures than I’ve ever seen before.“

Including anxiety, depression, autism spectrum, attention disorders, anything that affects the brain.

He realized that people subject to all these health issues are often on two or three medications. But for Dr. Robert this was not the solution.

“That led me, more and more, to delve deeper and deeper into being what I call a true health care provider… instead of just being what I affectionately call ‘disease managers’ sometimes.”

He began to look at all the factors – not exercising, not moving, not treating the gut well – all this means treating our brains poorly.

‘We’re trying to squelch things with chemicals… but we’re missing the effects that screens are bringing to us from the high-energy visible blue light spectrum, as well as the EMFs.’

Years ago, environmental pollution was the new thing, and people get that now. Then it was noise pollution, and now it’s this great sort of unknown, electromagnetic pollution, which is far more pervasive than ever before.

As Dr Robert says for many chronic issues, “there’s so much that can be fixed and helped, free, if not extremely cheaply“.

Interview – How EMFs Impact Your Brain – How To Protect Yourself 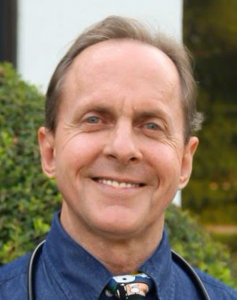 Dr. Robert Turner is a medical doctor who is board-certificated by the National Board of Medical Examiners.

He’s a certified member of the American Society of Neurorehabilitation. He has numerous specialty board certifications and has a number of academic, clinical, and research positions, including Associate Professor of Clinical Pediatrics at the Medical University of South Carolina and a senior associate researcher at Mind Research Institute in Irvine, California.

Listen to my interview with Dr. Robert Turner and discover: