It all started about eight years ago.

Dean was working as an electrician and began experiencing a whole load of symptoms, and was feeling very low in energy.

“I wasn’t sure what was going on. I had problems with chemical sensitivities. I had food allergies. I wasn’t feeling myself. I was going to work and coming home just exhausted every day.“

It got to a point where he just couldn’t go to work anymore.

He realized that his symptoms increased when he spoke on his mobile phone or was streaming something on the Internet.

The chronic fatigue and sensitivity led to a feeling of been kind of “wiped out” after using electronic devices.

He began ‘looking into electrical sensitivity and mobile phones and what may be causing his symptoms’.

That’s when he started experimenting with reducing his exposure to electromagnetic fields (EMFs).

He minimized the time spent near his phone, turned off his WiFi and stuff like this.

“I made all these alterations but it still wasn’t making much of a difference.“

He lived in a built-up urban area, there were lots of phone masts and signals, and like many people, he was picking up his neighbors’ WiFi.

So he bought his first EMF Meter.

“I actually had an Acousticom [meter] and the levels in my home were maxing out… it never dropped below 1V/m.“

He decided to move his bedroom downstairs, where he had the lowest readings, thinking it might reduce his symptoms, and help him feel better.

But it didn’t and he ended up going to his sister’s place.

“I remembered it was prone to not having a good phone signal.”

He moved in and within a few nights his symptoms had dramatically reduced.

He kept the same routine, but just by changing his environment, he got better.

Thankfully, through EMF mitigation and a variety of mind-body techniques, Dean has been able to significantly reduce his sensitivity and recover his health.

He now conducts EMF Surveys and works to help others who are experiencing similar issues. 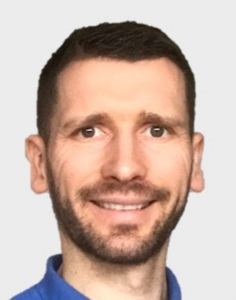 Dean Winsley is a qualified electrician with 17 years of experience based in the UK. He is the owner of an electrical installation company, specializing in domestic work and carrying out EMF surveys.

Over the past three years, Dean has carried out over 80 EMF surveys. His work involves on-site EMF surveys and remediation work in people’s homes, and also phone consultations. Dean has overcome many health problems including chronic fatigue, chemical sensitivity, and reduced his EHS symptoms which were severe for a while.

Listen to my interview with Dean and discover: