David got on a spiritual path very early in life.

By the time he was 20 years old he was already meditating as part of a yoga-meditation group, teaching yoga classes, vegetarian, and studying different forms of alternative healing.

He was drawn to a mystical path and he followed this approach for about 20 years.

At that time he was in two different spiritual communities, very involved, and very committed.

He had various jobs where he was running a publishing company and editing magazines.

He learned about editing and writing, publishing.

But he came to a point where he felt he needed to move on.

When he did, he was just getting together with Bonnie, who became his wife.

Together they felt that they had learned what they could learn from that deep, spiritual kind of immersion, and they began a new adventure together.

One in which the Earth and nature became the focus of their attention.

At the time David had his own software company, at some point they decided,

“we really want to move to the country, be in nature, and learn from the intelligence of the natural world.”

They quit their jobs and moved to a beautiful 40-acre property on the edge of a large ranch in Northern California.

Because they had some money from the software company, they were able to just be on that property.

It was around that time that they learned some basic, energetic healing work.

They were spending time on the land, getting to know the trees, the rocks, the animals, tuning in to the intelligence of nature and diving into a deep healing journey.

David was so entranced with the rocks and the trees he began to take photographs, and Bonnie started to create some collage art.

“I figured out how to take a photo, scan it into Photoshop and begin to create geometric patterns out of that initial photograph.”

They realized as they were developing these, that they were really beautiful and they seemed to transmit the energy of nature in a wonderful way.

They realized these creations were a modern form of mandalas.

Showing these creations to different people they began to realize they had created something special.

“Our friends would look at them and go, ‘Wow, these are really beautiful but they’re also powerful. There’s some energy coming through the images’.”

David began to understand that they were capturing the healing energy of nature in a kind of concentrated form and able to put that into a form that could be reproduced.

They showed some of the images to a friend who had connections in the publishing world and within no time they were launched into a 15 year publishing deal that enabled them to share their work around the world.

At one point they moved to Florida for a few years to take care of Bonnie’s mom.

It was while there that they met a wonderful naturopathic practitioner who started talking to them about the health effects of electromagnetic fields (EMFs).

One day he asked his naturopath for his best advice for someone who is concerned about EMFs.

His naturopath replied, “raise the vibration of your body to a level that you’re no longer as affected by these fields”.

For the next few years this advice became David’s guiding light as he studied EMFs.

And this is what led to David’s work with the Redwood forest in Northern California.

Over the last few years David has developed some very specific tools from the Redwoods, a kind of nature based EMF protection and some meditative practices that help us reconnect with the intelligence of nature. 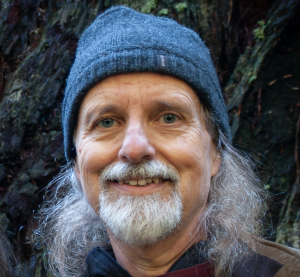 David Sun Todd is an evolutionary teacher, healer and visionary artist. With his late wife, Bonnie Gold Bell, he pioneered a new form of sacred art, creating mandalas and icons from photographs of the natural world. David has developed a complete system of healing and transformation, founded in his unique mandala forms.

Listen to my interview with David Sun Todd and discover:

*****This interview has now been broadcast to listen to upcoming EMF/Health interviews make sure you are signed up to my newsletter.*****