He took a degree in physiology and for several years taught at a medical school in Riyadh.

After some time went back to his natal UK and had a long career in business.

Then, at a time when most people think of retiring, his interest in the health effects of mobile phones took him in another direction.

He’d been reading reports in the press that played down the link between mobile phones and cancer and he decided to research EMFs further.

“I started investigating it and realized it was a massive cover-up. I mean, I had no idea.”

Which got him thinking, “what can I do to help with this?”

He decided that the best thing was to help people to negate the effects.

That’s how he started working in EMF consultancy.

He came across a company called GeoVital who was offering a training course.

“I went on that course, and I actually did it five times. That was brilliant.”

Leonard became a geo-biologist with GeoVital. “They’re the ones who trained me in geopathic stress, as well as all the EMFs and stuff.” 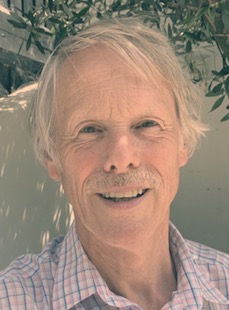 Leonard holds a degree in physiology. After teaching at a medical school in Riyadh, Saudi Arabia he returned to the UK to pursue a career in business, which culminated in a 20 year position as Deputy MD. Prior to his retirement in 2014 Leonard became very interested in EMFs, and his investigations lead him to the realization that there was a cover up on a massive scale.

He subsequently trained in Austria with Geovital, to become a Geobiologist and now carries out EMF and Geopathic surveys throughout the UK.

Listen to my interview with Leonard Stafford and discover:

*****This interview has been broadcast to listen to future EMF/Health interviews make sure you are signed up to my FREE newsletter.*****