Most of us give kids several gifts a year between holidays and birthdays.

Because current trends in the gaming and toy industries are using more and more wireless technology, we must be mindful of the gifts we are giving young people.

Wireless technology translates to electromagnetic field exposure (EMFs) which means that EMF protection for kids is a topic that needs bringing into the children’s health/parenting conversation.

It’s helpful to consider the three D’s of exposure: Distance, Degree and Duration. 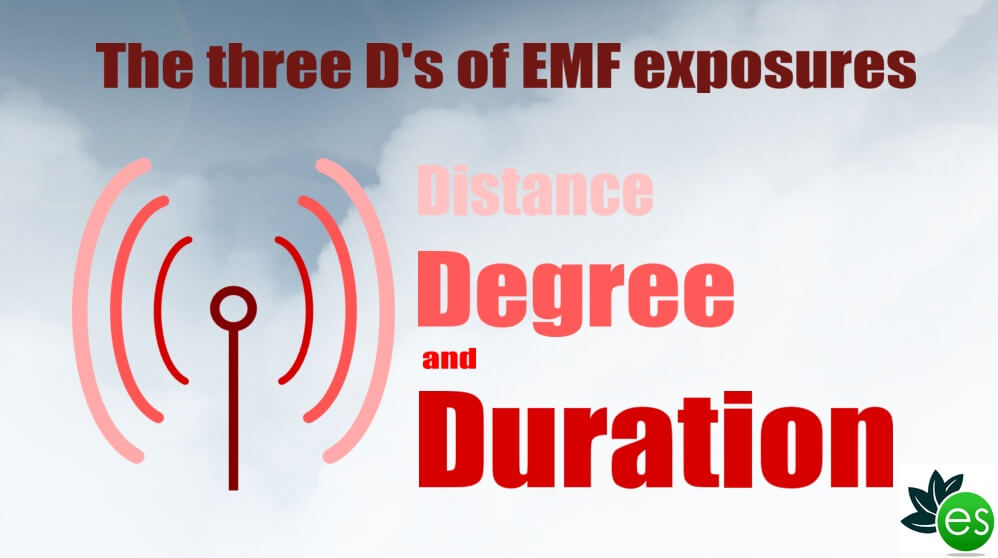 “Distance” refers to how far the subject is from the source of radiation, “Degree” is the signal strength of that source and “Duration” is the amount of time someone is exposed. [1]

Also bear in mind that radiation exposure is cumulative on the human body. Additionally, because children are growing, their DNA is exposed in their cells more frequently than in adults, so any radiation they encounter impacts their genetics even more so.

Other Variables Compound The Problem

Studies indicate that our eyes, sexual organs, heart/autonomic nervous system, salivary gland, and brains are most prone to damage from EMFs. These are mostly watery environments, and water conducts current. [2,3]

Adding to that a routine of late night gaming, homework on the iPad or chrome book and or in bed texting and social media, (usually wireless), they become further agitated, and less able to change brain states toward sleep.

A few health conditions will be made worse by chronic exposure to EMFs. See Lloyd’s article entitled “Could EMFs Cause Diabetes?” where he correctly connects the dots and illustrates the likelihood of this.

Also, the International Journal of Environmental Research and Public Health performed a study in 2015 concluding that radio-frequency radiation has negative consequences on health by increasing levels of hemoglobin A1c. [4]

Compounding this, as much as ten percent of students already suffer from ADHD, and a 2017 Center for Child Research study makes a connection between neurodevelopmental and neurobehavioral changes due to exposure to wireless technologies. [including] cognition, attention, and behavioral problems… and attention deficit hyperactivity disorders.

Imagine medicating these children, then exposing them to this wireless technology that promotes the very behavior we’re treating them for?

And for children already dealing with spectrum disorders, Dr. Martha Herbert, a Harvard neurologist and autism expert, published upsetting conclusions connecting the effects of EMF exposures to the known symptoms of autism. [5]

Looking at the studies we already have, there is a real possibility that modern technology is destroying our children’s health.

Get A Good Meter And See For Yourself

A smart gift you can give yourself is a good EMF meter.

It wakes you up to the truth of your environment, and the devices you and your family use.

I knew that my son’s Xbox hand controllers were putting out a signal, because they were wireless, but I didn’t know how high the signal was until I tested them. Now he has a wired connection. He also doesn’t hold the controller in his lap, and he can only play one hour a few times a week.

Lloyd has a great review on easily one of the best all in one meters that I recommend to my clients. You can see it here: Cornet ED88T EMF Meter Review

A Sampling of Toys to avoid

There are new hand held free roaming gaming devices, which allow users to game on the go. They are fun, little, portable units that offer lots of game options to download.

Too bad they emit significant (over 100 mG) magnetic fields, which most users will be holding directly in their laps, when playing.

There’s also RF coming from these games which goes quite high as soon as you add the Online Smartphone Apps which promise to enhance your online experience. Now for the sacrifice of bathing in radio frequency fields you can voice chat with your friends while gaming with them.

And they’re interacting and running around too. Maybe even get them to go outside!

So here we have a trifecta of exposure, as they emit strong RF, many over 700 V/m, which fall under Severe Concern according to Building Biologists.

Of course, they are pressed up against kids’ ears who will use them till the batteries runs down. Some kids will even take them to bed and talk to their siblings.

The three D’s we just learned about, all in one toy.

Remember what we know about a three year old’s head? They should be nowhere near a signal like this, let alone playing with one for hours.

Say No To Drones

Drones are extremely popular among kids now and there are hundreds to choose from with cameras and goggles. There are many sites offering very thorough reviews.

But you know what they always seem to leave out of their reviews?

That all drones emit strong RF radiation and that users will be holding the controller in front of their chest or lower. Both, terrible options.

Drones are fragile, quickly lose their luster, and expose your child’s hands, chest and genitals to strong RF.

Of course bigger kids will want better drones. One of my thirteen year old son’s friends convinced mom and dad to purchase a higher quality model with goggles. Cross them off your shopping list !

The Eyes Have It

Anywhere there is an antenna attached to a device and wireless communication passing through it, there is a corresponding plume of microwave radiation expanding outward as far as two feet.

This new generation of drones will obviously amaze you and your friends, but it will also cook your brains and particularly your eyes while doing so.

Any wireless devices, either transmitters or receivers, close to the eyes can result in a burning sensation of the eyes, pressure in or behind the eyes, floaters and cataracts. [6] 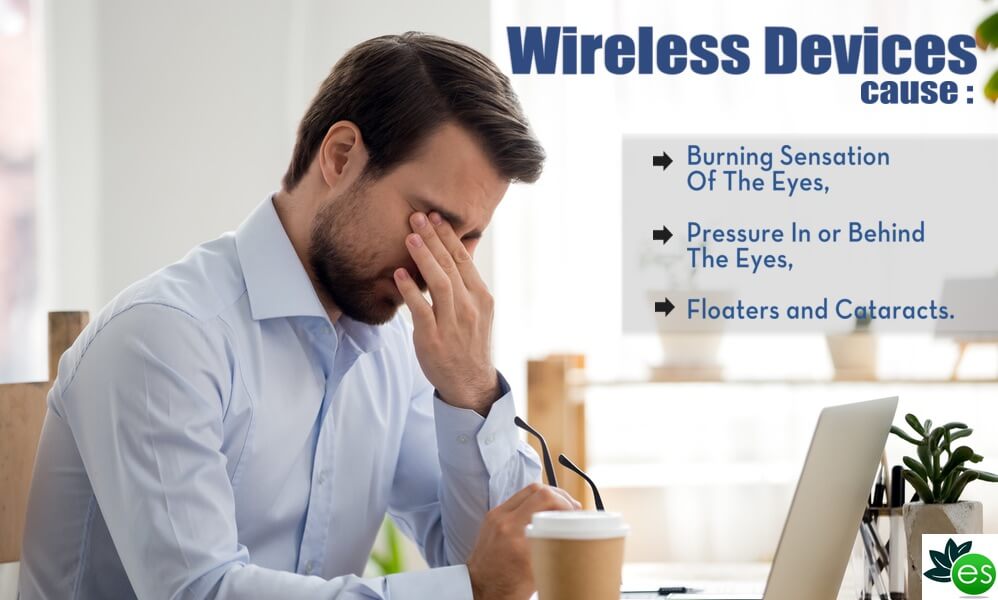 Because the eyes are a watery environment, they will conduct radiation.

I could have spent this entire post on our fragile eyes and the endless bombardment of EMFs we are subjecting them to. Many of us have lived much of our lives without this level of eye strain.

But our children are indeed growing up in it, and if we don’t protect them, they will eventually experience a range of vision issues such as: eye inflammation, pain or burning in the eyes, pressure behind the eyes, cataracts, retina damage, floaters, macular degeneration and possibly eye cancer. [7] (Studies are already linking cell phone radiation to cancer and cataracts.)

As I type this I’m wearing a pair of blue blocking glasses that save me from eye strain. They are very helpful.

Just as children’s skulls and DNA are more susceptible to RFR, so are their eyes.

As head size decreases, the percentage of energy absorbed in the brain increases; so higher SAR in children’s brains can be expected. [9]

“damage to corneal endothelials, degenerative changes in the iris and the retina, and altered vision [all] reported in nonhuman primates after repeated exposure to RFR.” [10]

Reality Is Not Enough

Virtual Reality and Augmented Reality will likely transform the landscape of many industries. Let’s take a look at the emf exposure that comes with these new technologies.

Right out of the gate, it’s bad news for most VR platforms because users will either be purchasing goggles or helmets with a compartment up front in which to place a smart phone or android, or they can now be untethered and pick up any of the latest headsets that allow users a total immersion experience unencumbered by wires.

Either way, VR is an unprecedented bath of EMFs and frankly a recipe for untold injuries.

With a smart phone that is streaming data, passing through a lens, which then distorts and transforms your visual perception, suspended directly in front of your eyes, you are increasing probability of retinal damage, oxidative stress to the retinal pigment epithelium, damage to the photoreceptors, and cell death. [11]

Professor Om Gandhi at the University of Utah warns :

“Two-way microwave radiation transceivers, in the form of Smartphones, should not be used directly in front of children’s eyes and brains.”

We must resist these new waves of entertainment until the source of radiation is placed further from our bodies.

In order to provide enough bandwidth and proper way of sending and receiving such intensive signals, one company has you install an Intell Y Gig PCI I express card upgrade for your PC.

The wireless adapter requires a 1 gig wireless 5G card. At 60 gigahertz it can send an incredible amount of data.

And to top it off, because these new lines of helmets require lithium batteries, they also emit constant magnetic fields and electric fields. So this is all streaming through the helmet.

You might want to read this article on WIFI radiation dangers if you’re not clear on just how dangerous WIFI is.

Industries are taking analog, old school games, like a racing set, and adding a cell phone to the mix, by having all sorts of images and scenarios appear on the tracks, so long as you’re looking through the screen of a phone.

Most AR applications work this way. A user is privy to some fantastical setting, which is superimposed on to ordinary reality. So now all sorts of gaming activities will include cell phones. 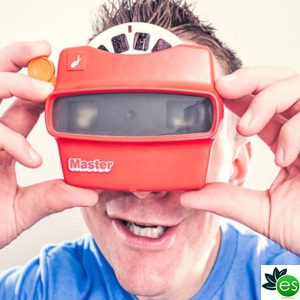 There are a number of low and no emf toys on the market.

All VR, AR and MR toys requiring you to wear a helmet, headset or pair of goggles that are wired or worse un-tethered.

EMF Protection For Kids—What Can We Do?

Think about toys without batteries, antennas or requiring computer interface.

EMF protection for kids is a subject which all too many parents are completely over-looking. Start having conversations with your kids and grand-kids about this. They need to be aware of the dangers and they need to be protected. And start having a conversation with other parents and the PTA at your school. Please share this information.

Many thanks to Harrison Barritt for this guest post. 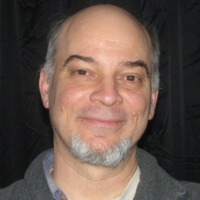 Harrison Barritt is an educator and lives upstate New York with his family. After becoming sensitive to EMFs in 2005, he began what would become an extensive exploration and education into understanding and reducing daily exposures.

Since 2010 he has been conducting EMF testing and mitigation in homes, apartments, dorms, offices, schools and pre-purchase decision making. He also offer’s coaching in sensitivity reduction training. His website is Lessemfsathome.com

1. Sugarman, E. (2004). Warning: The electricity around you may be hazardous to your health: How to protect yourself from electromagnetic fields. Miami Beach, FL: Miriam Press.