It started with Shaun when he was in his early 20s working as an IT consultant.

He’d always been fascinated by electricity.

As a kid he would play with home wiring and things.

“I was kind of experimenting and doing stuff I probably shouldn’t be doing.”

When he was 10 or 11 years old he discovered computers and really took to that.

Within a couple of years he was building and repairing computers and helping people with their computers which became a little job for him to make some pocket money.

Before long he got into computer gaming and computer networking he began to spend an enormous amount of time on computers.

“It turned into an addiction.”

He learned a lot which eventually led him into creating a professional IT consulting company.

It was during this time when he was working in an office building in Rockford, Illinois with the fluorescent lights, machinery and equipment next door that he started getting tired.

He was working in a room with battery backup units, multiple monitors, laptops, server, computers, you name it.

There’d be times when he felt just so tired he would lie down on the floor of his office.

It got to the point where this was happening a few days a week, he felt just totally drained of energy.

His best friend at the time said, “Hey, it might be this electromagnetic stuff you’re around.”

His friend’s doctor had recommended the Stetzerizer GS filters to him.

So he went out and bought Stetzerizer Microsurge meter and measured his office.

“It was almost maxing out the scale of the meter!”

He put in some filters in and got about a 96% reduction.

“I’d always suspected these things give off fields, but I didn’t know people were having trouble with their health, that there was any research behind it. That’s what brought me into this.” 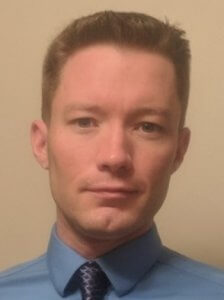 Besides being a building biologist Shaun is an electrical contractor, author and the founder of electrahealth.com . He’s been involved in EMF measurement and remediation for over 10 years. He’s also author of a new eBook entitled ‘EMF Bible – Fix Electrical Current on Your Plumbing Pipes’

Listen to this interview and you will discover