He really did have everything going for him, a wife, a young daughter and three successful businesses.

He thought himself very fit, he was running a lot, exercising a lot and watching his diet.

“Everywhere you go you’d see me running down the road somewhere. People would say, “this guy’s in tremendous shape.” “

He was doing this basically to buck the trend—his father and grandfather both died at young ages from heart attacks.

But one thing he noticed, he started to feel flu-like a lot and just didn’t feel as well.

“It just seemed to be worse and worse as I got older.”

He began to think, “what if the things I’m doing aren’t working for me?”

He decided to go for a cardio stress test on a treadmill.

The doctor said, “you’re going to go a long way because your heart is in good shape. Just keep doing what you’re doing. It’s working for you…there’s only one thing I would be concerned about, but it’s probably nothing. There’s a mole on your back.”

A few weeks later he took an appointment with the dermatologist.

The doctor looked at it and then all of a sudden, he jumped up almost and started saying, “Oh my gosh, I think you might have melanoma.”

He was very, very strange, he got very excited, “you would have thought he had won the lottery or something.”

From there he was sent to an oncologist who did on the spot surgery to remove it.

“He took a two by two inch square plug out of my back,” promising to call James with the results.

It was nearly two weeks before he got the diagnosis of stage 4 melanoma—and there was a risk it could spread.

He started doing his own research and discovered that people with stage 4 melanoma usually didn’t live much longer than three years.

In a very short time James became miserable, he couldn’t sleep at night, his wife left him and he started drinking,  “I started to do everything I could to get it off my mind”.

Six months later he was taking a shower one day and he found a lump in his groin.

He went back to the same doctor, the diagnosis was cancer in the lymphatic system.

Despite having his major lymph nodes on his groin area removed on one side he was prescribed 80 chemotherapy treatments.

When he asked the doc what his chances were, he gave him, “a 20% chance of surviving three to five years.” ​

James started to feel very down and depressed, “feeling like what’s the use, I’m a goner, all that kind of stuff”.

He was laying there on the hospital bed drugged up on morphine, because of all the pain from the surgery, just being miserable.

He got a phone call, out of the blue from a minister at a church that he went to, saying “I’ve been praying for you. Everyone at the church is praying for you…. you’ve got to really dig in.”

James admits to being just a regular guy who went to church occasionally, maybe two or three times a month.

“I was a nice, young man but I wasn’t like a guy that prayed a lot. I probably should have but I didn’t.”

This got James’s attention.

He got to thinking about what the minister had said and he started to pray.

About 20 minutes after the prayer, he got a knock on the hospital door, it was a friend from college that he hadn’t seen in seven years.

​He came into the door, waving an article about a guy who cured himself of prostate cancer through diet and lifestyle.

“I knew right then I was going to do what that guy did… all naturally on his own using something called a macrobiotic diet.” 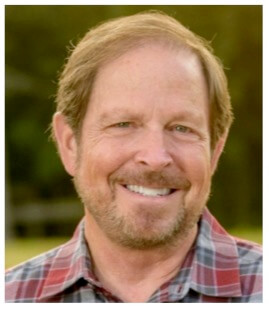 A fifth generation Texan, James Templeton tapped into his fighting spirit and became an over 30-year cancer survivor, who healed himself from a terminal diagnosis with the use of alternative medicine and alternative healing modalities.

As the visionary founder of Uni Key Health Systems and the Templeton Wellness Foundation, James has since used his wisdom and experience to help others achieve optimum health and wellness. His latest book, I Used To Have Cancer is his memoir chronicling his amazing journey back to health and outlining the alternative healing modalities for cancer he used and continues to use to maintain his health.

Listen to this interview and you will discover:

*****This interview has been broadcast to listen. To listen to upcoming EMF/health interviews make sure you are signed up to my newsletter.***** (If you received notification of this interview by email you don’t need to sign up again – you will receive an email with a link to the interview broadcast page on the day of the broadcast.)