At the age of 10 years old, Matt was already experiencing very challenging allergies, headaches and gut issues on a frequent basis.

Not really knowing any better, he just assumed if there was a cure for allergies, gut issues and headaches, his doctor would have known about it.

But Matt was growing tired of taking all the aspirin, and other medications, he was being given.

He started reading about these different diets, particularly in the paleo diet world.

“It totally opened my eyes when these health gurus – I guess you could say food gurus – were talking about the relevance of epigenetics, this concept of how our genes don’t determine our life.”

He became fascinated with what turns our genes on and off.

His initial research led him to the conclusion that the primary environmental signal that does this is our diet.

“I don’t believe that’s the case anymore, based on my studies. But at the time, I believed it and it made sense.”

So, he figured if he could just improve his diet and supplementation and maybe exercise a little bit, he should be able to heal all of his issues completely.

Going from a standard Western diet to a paleo diet, he felt like a million bucks, off the bat.

He was completely sold on the benefits of his new diet, and was sharing his wisdom to his parents, friends, anyone that would listen.

Then in his first year in high school, he hit a wall.

He couldn’t seem to eliminate his remaining symptoms.

These were now minor as opposed to severe symptoms, but he was still experiencing gut pain, minor allergy symptoms and some food sensitivities,

Then he stumbled across a blogger called Dr. Jack Kruse who was arguing that health is closely linked to our mitochondrial function, how the little engines in our cells are working and how EMF and blue light and sleep disruption actually alters our mitochondria function at a basic level, causing all kinds of health effects.

This got Matt interested and he started researching the mitochondria, sunlight, water, and started buying EMF meters, and doing EMF mitigation.

He learned that getting UV light from the sun through our eye is critical to creating melatonin, before it can even be secreted in the hours after the sun sets.

So, he began going outside in sunlight during the day to make melatonin, and wearing blue light blocking safety goggles at night to allow his melatonin to be secreted.

But, the safety goggles weren’t very good, so he decided to make his own.

Interview – Blue Light And Your Health 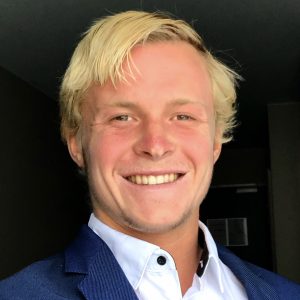 Matt Maruca is a researcher, educator and entrepreneur in the field of photobiology, the study of how light affects health.

After suffering from poor health and chronic fatigue at a young age, Matt dedicated himself to researching the root causes of his poor health.

He has become an expert in helping people to mitigate the risk of the indoor tech-based lifestyle and to take advantage of the tremendous benefits of healthy sunlight exposure to sleep better, feel better and have the energy to live a successful life.

Matt Maruca is the founder of raoptics.com.

*****This interview has now been broadcast to listen to future EMF/health interviews make sure you are signed up to my newsletter.*****

The winner will be picked at random and notified by email on 31 January, 2021
​
You will also receive my Free EMF Protection Report which shows you 21 Unique Ways to Live a Natural Healthy Life in our electromagnetic world.