My biggest concern is what cell phones, WiFi, smart meters and similar technologies are doing to our children. As someone who has experienced electrical sensitivity first hand and has children, I have to admit sometimes I find the widespread ignorance and indifference hard to swallow.

Elizabeth Evans does also. Like me she has children and like me she has lived through the trials and tribulations of electrical sensitivity. But she is also a medical doctor. 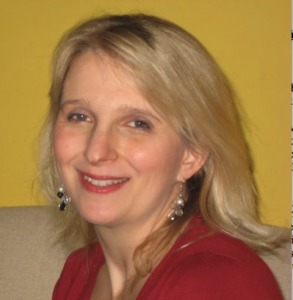 In fact reading her CV she comes over as something of a wonder woman. She is a medical doctor, she has 4 children and she is an active campaigner on the Smart Meter and WiFi in schools issue in the UK.

She co-founded Stop Smart Meters (UK) with Mike Mitcham in 2012 and has been involved in campaigning against Smart Meters. In April 2012 she was invited to the UK Parliament in Westminster to give evidence on the adverse health effects of wireless smart meters to the Commons Select Committee overseeing the UK Smart Meter roll-out.

She is also Medical Adviser to SSITA (Safe Schools Information Technology Alliance) who campaign against wireless technology in schools in the UK.

She helped draft the “British-Doctors-Letter-March-2014” which calls for an urgent reduction in exposure to wireless radiation particularly for children, as well as many letters to ministers on this subject.

She’s done several public talks and media interviews to help raise awareness on these EMF health issues. She is also a member of the recently launched Physicians Health Initiative on Radiation and the Environment (PHIRE), led by Dr Erica Mallery-Blythe, who is doing some excellent work in this domain.

Perhaps the most interesting aspect of Elizabeth’s work is that she treats people with electrical sensitivity. She says, ”in 2010, after developing and recovering from electrosensitivity, I retrained as a NAET (Nambudripad’s Allergy Elimination Technique) practitioner. I now treat patients with many conditions, including electrosensitivity”.

Elizabeth Evans trained in Medicine at Cambridge University and St Mary’s Hospital Medical School, London. She worked as a medical doctor from 1996-2002.

We will be talking about EMFs and health, and more specifically 2 topics:

WiFi in schools –what every parent should know

*****This interview has been broadcast. To access future FREE interviews make sure you are signed up to my newsletter.*****Save