If your utility company is planning on installing smart meters in your neighborhood this will interest you.

Dealing with the Legal, Constitutional and Human Rights Violations of the Smart Grid and Smart Meters.

Contents Of The Report 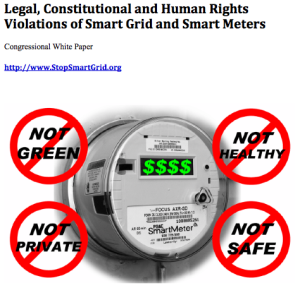 Thanks to http://stopsmartgrid.org/ for writing this report.