Let me try and keep this simple.

It’s a word that gets bandied around a lot but perhaps you’re not sure what it means?

All matter is composed of atoms.

A free radical is an atom, or it can be a group of atoms, that has at least one unpaired electron. This makes it unstable and highly reactive.

When you’ve got a free radical on the loose it just runs round trying to capture an electron so it can be stable again. So it attacks the nearest stable molecule, stealing its electron. When the attacked molecule loses its electron it becomes a free radical. This pilfering and looting of electrons just goes on and on in a kind of self-perpetuating loop. It usually ends in cell damage which usually ends in disease.

This, in an over simplified nut-shell, depicts a new theory of disease.

What’s even more interesting is the treatment protocol, based on entirely oral nutritional supplements that can be bought over the counter, which has been born out of this theory. A treatment protocol, that according to those that have been implementing it, has lead to some impressive results. 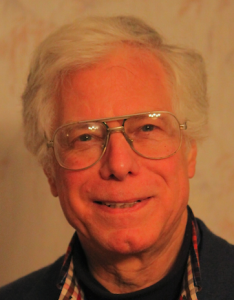 The theory is that these free radicals in your body are created by short-term stressors, things like:

The free radical that is created in your body is nitric oxide (NO).
So the theory boils down to this: these short-term stressors cause a build up of NO which starts a vicious cycle of long term illness. This vicious cycle is called the NO/ONOO cycle (pronounced “no, oh no”).
This theory explains:
– how CFS, MCS, FM, PTSD, GWS and ES have a common biochemical link
– why is there such a variety of symptoms
– Why symptoms vary among sufferers of the same condition
– How short-term stressors initiate chronic illness
– what the common symptoms and signs are
– how EMFs produce voltage-gated calcium channels (VGCC) activation

More importantly this theory brings with it an apparently effective treatment.

It’s a treatment that corrects the root cause of the ‘disease’ rather than just treating the symptoms. A treatment that consists of slowing down and breaking the vicious cycle by eliminating things that trigger it. This is where it gets interesting. Theory becomes reality.

The treatment protocol has already been used to treat chemically injured, chemically sensitive patients, CFS patients and FM patients as well. And there are people who say they’ve tried the protocol and say it’s worked for them.

The results are quite impressive. It’s reported that “clinical observations from medical care providers and also anecdotal reports that [ the protocols] provide substantial improvements in something like 80 to 85% of people with these multisystem illnesses”.

One notable proponent of this protocol is Sue Patera. In the book “Healing Severe Chemical and EMF Sensitivity” written by her husband, she claims she was suffering from severe MCS and ES and had been housebound for 4 months to prevent exposure to chemicals and EMF. After adopting the protocol, within 6 months she was able to resume going to public places and within 9 months she was completely healed of all symptoms of MCS and ES. She did also undertake some rigorous EMF protection in her home and some alternative health therapies but she claims the protocol was the basis of her treatment.

Why am I telling you all this?

Because next Thursday I am interviewing the man behind the theory and the treatment protocols.

The reason he became interested in this sphere was because he was diagnosed with ME/CFS.

Hi name is Dr. Martin Pall he is Professor Emeritus of Biochemistry and Basic Medical Sciences at Washington State University.

He is a member of the American Society of Biochemistry and Molecular Biology and he’s received seven international honors for his work in environmental medicine and on the impact of chemical exposures on human health.

Last year he published an important paper on how electromagnetic fields (EMFs) impact the cells of our bodies. The study was honored by inclusion at the “Global Medical Discovery” as one of the top medical publications of 2013.

He is also Research Director at The Tenth Paradigm Research Group.

These paradigms were developed over the last 140 years. You can see his is a big theory and one well worth exploring.

To learn more about the research, diagnosis and treatment of electrosensitivity click here.