On 31 August 1854 the residents of London’s SoHo started dying.

In those days SoHo was an insanitary place. Animal feces, slaughterhouses, grease-boiling houses, decaying sewers were about the size of it.

Underneath cellar floorboards lurked cesspits as old as the houses, many of which had never been drained.

Within a week, people were fleeing their homes. Shops were shuttered, houses locked and streets deserted. Only those who couldn’t afford to leave stayed behind. It was like the Plague all over again.

By 10 September the number of fatal attacks had reached 500.

The prevailing wisdom was that it was transmitted by ‘bad air’.

John Snow, a well-respected doctor; had other ideas. He suspected that the Cholera was transmitted not by ‘bad air’ but by food or water.

He decided to do something about it. He went out and talked to the remaining residents. He asked them questions about their life in the area and about what they ate and what they drank. He mapped the location of the homes of the victims and noticed that most lived near the Broad Street water pump. He pleaded with local officials to get the handle of the pump removed.

The pump handle was dismantled and he took it back to his laboratory to analyze it. His tests showed nothing. No biological or chemical cause of the cholera.

But once the pump had been dismantled the epidemic subsided.

Despite not having any laboratory evidence or ‘absolute proof’ he’d determined that drinking water from the Broad Street pump was the cause of the outbreak.

He did this by compiling, analyzing and drawing conclusions from a large amount of data. Nothing else.

In so doing, a new branch of science was born – epidemiology. The science of studying disease in populations. 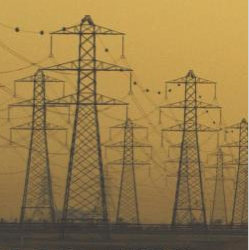 He’s also been compiling, analyzing and drawing conclusions from a large amount of data.

Dr. Milham is a world-class epidemiologist.

But it’s not cholera he’s been studying, it’s a different subject.

Dr. Milham has been publishing papers in the world’s most prestigious journals for 50 years, including Science, Lancet, Nature and the American Journal of Epidemiology.

He started this entire branch of environmental epidemiology back in 1982. Since then he’s compiled and analyzed massive amounts of data.

And he’s drawn his conclusion.

Given what we now know about germs its not difficult to understand how the cholera was being spread. But back then germ theory was not accepted.

Just like today, adverse health effects from low-level EMFs effects are not accepted.

And yet Dr. Milham is in no doubt.

“There is a high likelihood that most of the twentieth century “diseases of civilization”, including cardiovascular disease, malignant neoplasms (cancer), diabetes, and suicide, are not caused by lifestyle alone, but by certain physical aspects of electricity itself.”

Dr. Samuel Milham is a world-leading physician-epidemiologist specializing in public health. He has more than one hundred scientific publications, many dealing with the health effects of electricity. In 1997, Dr. Milham was awarded the Ramazzini prize for his pioneering work in describing the occupational cancer risks of electromagnetic fields.

Listen to what Dr. Milham has to say.
UPDATE:
This interview has now been broadcast. To listen to upcoming interviews make sure you are subscribed to my free newsletter.