“You don’t get it until you get it”, explains Ann.

Here’s Ann’s potted explanation: “multiple chemical sensitivity (MCS) is a medical condition where people have a heightened sensitivity to chemicals, many of which are found in everyday life like perfume and car exhaust and cigarette smoke, pesticide and things like that”.

Ann was the healthy, athletic child and young person.

A gifted student too.

She trained to be a medical doctor in internal medicine specializing in women’s health.

It was after she was out of medical school and training that Ann just started feeling more tired than usual.

Then certain foods started to bother her.

She changed her diet.

And then over a two week period things took a turn for the worse.

“I dramatically developed a very severe case of MCS over about two weeks”.

She’d been taking a supposedly hypoallergenic protein powder which, inexplicably, she had a violent reaction to.

“It just felt like I’d stuck my finger in an electric socket”.

From then on it was if Ann reacted to everything around her.

She felt as though her nervous system was fried.

She would pull out her pen, the same pen that last week she could write with and she was okay, she’d get a little whiff of the ink and start feeling dizzy, woozy, even nauseated.

It was very dramatic.

Food was a big part of it.

She could only eat a few foods.

And the foods she could eat were just kind of going through her without really getting digested.

She also had a serious back problem, like a protruding disk in her lower back that no matter what she did, stayed inflamed.

She say’s, “some people, they get ill after they remodel their house or they move into a new house, or remodel the office. Or there was a significant pesticide exposure or crop duster or something like that. But I would say I’m kind of the scary story for everybody because there wasn’t anything obvious.”

Ann slowly started winding down and then had these dramatic drop-downs.

The icing on the cake was when she went for an MRI scan.

“When I had an MRI scan – and this is of interest for people with EMF issues – I got very ill after that.“

From that point on Ann couldn’t even breathe in fumes from certain foods without getting ill.

Today she still admits to being careful but thankfully her condition has radically improved. 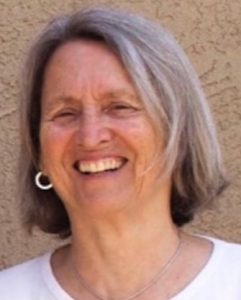 is author of the booklet: Multiple Chemical Sensitivity. Dr. McCampbell is a medical doctor who trained in internal medicine and worked in women’s health until she became severely ill with multiple chemical sensitivity (MCS) in 1989.

In 2005, Dr. Mccampbell worked with other MCS advocates to help create an indoor environmental quality report to the U.S. Access Board which included recommendations for increasing accessibility in public buildings for people with chemical and electromagnetic sensitivity.

The theme of my interview with Dr. McCampbell is how to overcome MCS and EMF sensitivity.

Listen to my revealing interview with Dr. Ann McCampbell and learn:

*****This interview has been broadcast – to access my future interviews make sure you are signed up to my FREE newsletter.*****