It’s the 1990s and Rob Metzinger is working as an electronics engineering technologist.

It was interesting work and produced technical challenges he enjoyed pursuing.

But Rob explains, “life is about family and how to protect them, how to be here for them and all of the good things”, and this was how he got into EMFs.

Rob and his wife had decided to have children around the year 1999.

Being health conscious, at about the same time they made a pact to remove their mercury amalgams.

They started the process, searching for appropriate ways to do this, and the best person to do it with.

Rob was looking for a naturopathic dentist who specialized in the proper removal of mercury fillings.

It seemed they were a very rare breed.

He eventually tracked one down in Toronto in Ontario.

Rob says, “the very first day I went in….he pulled out a voltmeter and stuck it in my mouth and started measuring voltage on my fillings”.

Rob sat there and let the dentist go through his procedure and waited to hear what he had to say.

His dentist was deciding how to approach the removal of Rob’s amalgams, which ones to do on which days, based on quite unconventional criteria.

He was determining the order he was going to take the fillings out according to the voltage they generated.

Rob had a lot of fillings to remove so to avoid mercury entering Rob’s system and causing too many problems at a time they decided to remove one filling a month over a year or so.

Before leaving that day, his dentist turned round to him and said, “Rob, you’re an electronics guy. I attend seminars in Germany all the time, learning about this and they said this is important.”

He handed Rob a meter that had electric fields, magnetic fields and radiofrequencies written on it.

He wanted Rob’s advice on how to use the meter.

Rob said, “I’ve never seen a thing like this before and I’ve been trained on all sorts of measuring equipment.”

He decided to take the meter home with him to try and figure out how to use it.

Almost a month went by and Rob still had the meter sitting on his tabletop at home.

One day he decided to turn it on.

To his amazement when he turned it on in his house it lit up like a “Christmas tree”.

He was enthralled, “a technical guy being able to measure something we know is there”.

He spent the next two days with the EMF meter trying to get rid of the fields.

He ended up tracking down the high EMFs to his cordless phone base station, his wireless router and shutting off power around his sleeping area.

That brought it all down to near zero.

When he went back to see his dentist he returned him the meter, explaining to him what he’d found and how to use the meter.

That was what started the whole ball rolling.

The basic premise of Rob’s business today is what he learned using his dentists EMF meter all those years ago. 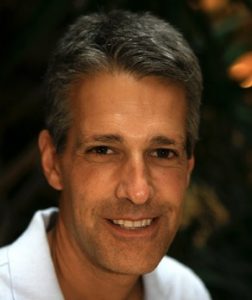 Rob Metzinger is a Certified Electromagnetic Radiation Safety Advisor and Radiation Specialist. He’s a technical instructor at the Institute of Building Biology and Ecology and he’s considered one of North America’s top EMF experts.

Our theme today is: Practical Solutions For EMFs.

Listen to my revealing interview with Rob Metzinger and learn:

*****This interview has been broadcast to access future EMF-health interviews make sure you are signed up to my newsletter.*****