He’d just moved into an apartment in the city of Fukuoka, Japan, on the island of Kyushu.

His new job was at Kyushu University as Associate Professor.

Six months into the job he began experiencing some bizarre symptoms.

He noticed that he was waking up earlier and earlier – which was very strange for someone who’d always enjoyed regular lie ins.

Not only that, his lymph nodes were swollen.

He also developed really bad allergies and sensitivities to a lot of things.

He just kept on dropping weight, which is another strange thing because before he had just the opposite problem, trouble losing weight.

Added to this were other symptoms. He couldn’t concentrate. He couldn’t remember things. Also, intestinal disturbances, nausea, and the whole make up of what’s known as microwave sickness or electrical hyper sensitivity.

At the time, he was Googling his symptoms and there wasn’t much information out there.

Eventually it got to the point where he just couldn’t sleep anymore.

After a week with virtually no sleep he went to the hospital.

His eyes were so red and swollen, the doctor took one look at him and handed him pills.

The symptoms kept getting worse and worse until it got to the point that he couldn’t work anymore.

He eventually found a doctor that knew about this and basically wanted to give him anti-anxiety pills or anti-depressants.

‘He told me there was nothing he could really do and I would just get sicker till I was better, and I couldn’t do anything.‘

Instead he just kept on searching for answers before he finally got clued into the EMF stuff.

He was sick for six months before he even imagined that the numerous cell towers and other EMF sources in his life might be one of the major causal factors.

“And then all the pieces fitted together. “

Thankfully today Paul has got his health back on track.

He’s got a family and a full-time job as a language teacher.

He gets up early in the morning and I gets home late at night and puts in a day’s work.

BUT he’s aware that EMFs affect his health so he tries to reduce his exposure as much as possible.

He’s now 98% recovered – by his own estimation.

He says, ‘when I got sick, basically, my immune system broke down and I developed a host of what I would call opportunistic infections. When I finally went to see this alternative doctor, Dr. Yayama…. he was able to use his machine and diagnose what was wrong with me in five minutes‘. 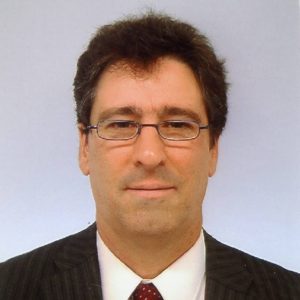 Paul Doyon is an educator, researcher, and writer. He’s also been an EMF activist for over 12 years and is the founder of Electromagnetic Safe Planet.com and EMF Refugee.com.
He coined the term “EMF Refugee” and started a blog called, The Microwave Factor, after becoming extremely ill in 2005, living in the vicinity of several cell phone towers while residing in Japan.

He recently published a research article in the journal Medical Hypotheses coauthored with Professor Olle Johansson, Ph.D. entitled “Electromagnetic fields may act via calcineurin inhibition to suppress immunity, thereby increasing risk for opportunistic infection: Conceivable mechanisms of action” where he describes one of the means by which he theorizes EMFs weaken the immune system.

He is presently working with the International Institute for Building Biology and Ecology (IBE) to develop a certification course in Bioelectromagnetics targeting those in the medical and wellness professions.

Listen to my revealing interview with Paul Doyon and learn:

*****This interview has been broadcast. To access future EMF-health interviews make sure you are signed up to my newsletter.*****