From birth Alison suffered from chronic digestive, endocrine, musculoskeletal and hearing problems. As she grew older other allergies and sensitivities were added to the list along with reproductive problems and almost constant infections.

Alison consulted specialists in just about every discipline over the years and has undergone some 21 operations. She’s had a battery of tests and therapies and taken pharmaceuticals pretty much continuously for much of her life. 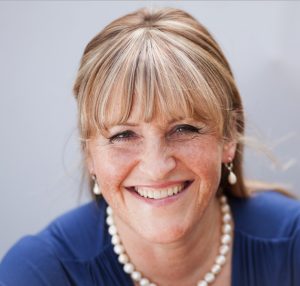 In her early years she tried many alternative therapies, none of which really impacted her condition. In short, she never felt well and spent much of her life looking for the ‘magic bullet’ that would allow her to realize the health that had evaded her for so long.

In spite of all these set-backs she qualified as a dentist in London in 1983 and obtained a Master’s degree in Restorative Dentistry from the University of Michigan, USA in 1992.

Alison worked for 18 years as a dentist and ran her own private central London dental practice for seven years. Then one day she was victim to a mercury spill in her office which eventually forced her to quit dentistry.

This culminated in a health crisis that was variously diagnosed as chronic fatigue syndrome (CFS), fibromyalgia and/or an autoimmune disease.

After six months of supposedly ‘curative’ rest, her symptoms deteriorated to the point that she’d become pretty much bed-ridden and house-bound. She realized that the cavalry definitely weren’t coming and started searching for answers.

Conventional Medicine Part Of The Problem

She began to understand that most of the conventional medical solutions she’d been offered were a big part of the problem. She vowed to use natural health means and work with her body rather than against it.

During this period of infirmity Alison intensively researched topics around her health issue. She rejected outright the possibility of ‘managing’ or ‘coping’ with her illness and set her sights on a full recovery.

All the books that Alison read classified chronic fatigue syndrome (CFS) and fibromyalgia as being multi-factorial. But she felt that if you couldn’t identify the cause, you didn’t stand much of a chance of finding a solution.

She decided to do anything and everything in her power to fully recover.

Alison ‘fell into’ Allergy Therapy and Kinesiology (both therapies employ muscle testing as a way of dialoguing with the body) which opened new inner doors of understanding for her. She studied spiritual healing gained 8 diplomas in in a variety of related subjects including Classical Kinesiology, Integrated Kinesiology and Allergy Therapy.

In 2010 she published her book, Chronic Fatigue, ME and Fibromyalgia – The Natural Recovery Plan.

What’s The Book About? 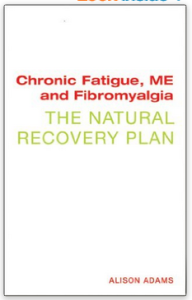 The title really says it all. The book’s designed as a tool to:
– outline the primary causes of disorders such as chronic fatigue syndrome, ME or fibromyalgia
– offer a plan to follow using natural supplements to achieve optimal health

The central tenet of naturopathy is to identify and treat the cause of illness rather than treating the symptoms.

Alison realized that mercury toxicity was playing a huge causative role in her own illness. She says “for my own part, I had been subjected to the mercury preservative in all the usual vaccinations, had a not inconsiderable number of amalgam fillings, twenty five years of occupational exposure and finally – and nearly fatally – an accidental spill of an amalgam cartridge in one of my surgeries…..I could clearly see how each of these events had been another nail in my coffin.”

It was through her research that she discovered just a how big a role mercury plays in many illnesses that we are witnessing in the developed world. She says “mercury is the most harmful naturally occurring substance and rates as the third most toxic substance known on the Agency for Toxic Substance and Disease Registry in the US”.

She does a terrific job of outlining the history of mercury poisoning and explains the concept of the mouth electric, “each filling becomes electrically active within the wider environment of the mouth and the other 17 metals that may be present in crowns, bridges, posts, orthodontic braces and dentures, with saliva acting as a conductor”.

When you add EMFs into the mix this hardly bares thinking about. She likens these interactions to those observed by Alessandro Volta when he created the first battery in 1800 by combining dissimilar metals with salt water, “this process results in the most electrically active fillings giving off the most mercury vapour”.

Not Just About Mercury

This book does have a lot of eye-opening information on mercury but it is also has a broad scope. Alison lays out a holistic approach to health, with chapters on:
– reducing toxin exposure
– a diet for FRS
– emotional work
– lifestyle
– supplementation
– dental work

There is a particular emphasis on revising dental work but also on detoxifying dental metals.

You can buy the book here and the good news is I’m interviewing Alison in a few days.

Dr. Adams is a dentist, naturopath and former Fatigue Related Syndrome (FRS) sufferer. She holds UK and US degrees in dentistry, eight diplomas in various aspects of natural health. She’s had articles published in dental journals and lectured to postgraduate and specialist dental groups. She now works as a naturopath, teaches and runs online support for FRS sufferers.

In my mind the link between amalgams, heavy metal toxicity and electrical sensitivity (not to mention a long list of other illnesses) is quite clear. I will be asking Dr. Adams about this and also: