Being able to enjoy, deep, peaceful, restorative sleep is one of the pillars of optimum health. In this guest post, Sarah Jones shares some useful tips for minimizing radiation exposure during sleep:

You’re aware of the dangers caused by all this modern technology we surround ourselves with.

You’re doing what you can to fight it, and taking steps to minimize your exposure to anything that might cause long term damage.

But there’s something that I bet you do that has a huge effect on your radiation exposure and your health.

And I bet you even do it without thinking.

Sleeping In The Same Room As Your Mobile Phone

It’s not news that most people are addicted to their smartphones, with as many as two thirds of us sleeping with our cell phone in the same room, and one in ten sleeping with it in their bed beside them! That number is even higher for younger generations.

Well over 90% of under 30s having their phone within easy reach.

Thing is, even if your mobile phone is switched off, it may still be emitting damaging radiation.

That’s why it’s so important to make sure that you’re protecting yourself from this harmful radiation, and all of the debilitating effects it can cause. Effects like: 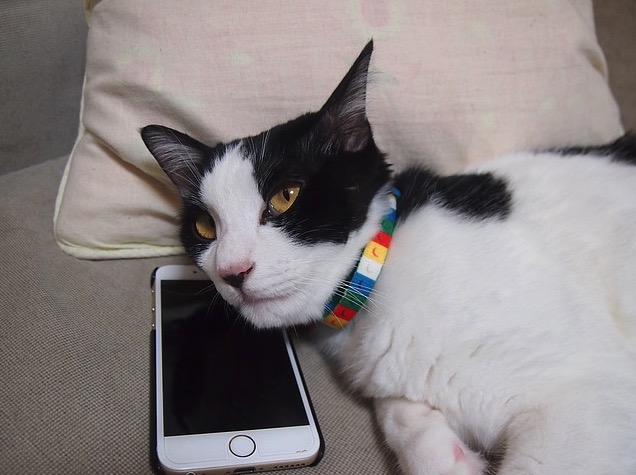 In research performed by the cell phone companies themselves, adults exposed to radiation identical to that emitted by mobile devices took far longer to enter the first stage of sleep, and spent much less time in the deepest stages of sleep.

Of course, the companies who paid for the research tried to deny the results, obviously worried about their bottom line, but the scientist who led the study came back, saying that the results were absolutely conclusive. His exact quote being,

‘We did find an effect from mobile phones from exposure scenarios that were realistic. This suggests that they have a measurable effect on the brain.’

An interrupted sleep cycle has multiple damaging effects, which tend to compound and result in broad negative issues in life, including:

Electromagnetic Radiation Can Cause Pain, Allergic Reactions And Other Problems

If you read this site, I’m sure you’re familiar with electrical sensitivity or electromagnetic hypersensitivity’.

There’s whole piles of evidence mounting up that electromagnetic radiation can cause severe effects in people, including ear and eye problems, mind fuzz and problems thinking and remembering simple things, dizziness and nausea, heart problems and more.

The problem is that someone can go most of their life with no issues, then suddenly one day react badly to an electromagnetic field, and from that day on, they’re electrically sensitive.

It’s even more important to protect your children, because all of the research says that children are far more susceptible to EM radiation than adults, probably because their bodies still aren’t fully developed. So exposing their growing cells to radiation leaves them at far greater risk of damage.

But how do we minimize our exposure to EMFs?

Don’t Keep Any Mobile Devices In The Bedroom

This is the single most important thing you can do to protect yourself from radiation as you’re sleeping. Just move anything that produces radiation out of your bedroom.

If you’re in an area where reception is weak or intermittent, it’s doubly important to make sure you don’t sleep anywhere near your phone. Cell phone emissions can be boosted to anything up to 1000 times their normal strength when your phone is struggling to find a signal.

Now imagine you put your phone under your pillow, where it’s struggling to find a signal all night long.

Right. Under. Your. Head.

I suggest having a specific place in the house where everyone’s phones and things are kept. If possible, find a secure place in your house that’s as far away from your bedrooms as possible.

I also recommend turning everything off. Some devices continue to monitor their surrounding and emit radiation, even when they are supposedly asleep! This leads nicely to our next point.

Switch Off Everything That Emits Radiation Whilst You Sleep

Quite a lot of people might not think about this one, but things like wireless routers and mobile phones can broadcast through multiple walls without the signal being stopped. So if it’s broadcasting all night whilst you sleep, you’re absorbing more potentially harmful radiation, that’s not even being used for anything useful.

After all, why would you even need your wireless on whilst you sleep? You’re asleep!

In my opinion, the best thing you can do is automate all of this. Timer outlets are cheap, easy to set up and available everywhere, and make protecting yourself and your family as easy as spending a few hours one weekend setting it all up. Then, once it’s done, you can relax, because your smart thinking has made the entire process completely automatic.

For more tips on dealing with WiFi radiation read this article.

Once you’ve taken the important step of minimizing radiation exposure at night, then start looking at the rest of your life. It’s eye opening to realise just how often we are exposed to EMFs like this. Often needlessly.

I recommend checking out the rest of this site to learn more ways to deal with your EMFs.

Have you got any tips to keep yourself safe from EMFs whilst you’re sleeping? Feel free to join the conversation and share what you know!

Sarah Jones is the Editor of Sleepy Deep.

For more tips on dealing with nighttime EMF exposures read this article.