Electromagnetic fields (EMFs) are being talked about more and more in the mainstream media.

Last week the National Coalition for Responsible Technology gathered in front of the US Supreme Court to rally against wireless emissions.

The Coalition called on the federal government to take action to introduce electromagnetic policy that would actually protect and safeguard the public.

Wow – what a novel idea that would be!

At the same time Senate Bill 649 came to a boiling point.

SB 649 is a big story because if it had been passed the state of California would have been given carte blanche to install cell towers every couple of hundred feet.

This would have paved the way for other states, and in time other countries, to follow suit.

According to EMF Safety Network, “the bill would have allowed unlimited refrigerator-size cell equipment on utility poles, streetlights, sidewalks, in parks, on schools and public buildings with no safety oversight.”

EMFs – The Least Understood And Biggest Health Threat Of Our Time 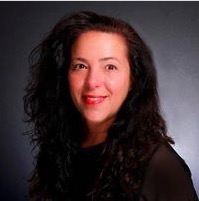 Building Biologist Lee Sagula comments, ‘EMFs are actually the least understood and the biggest health threat of our time’.

Lee does know a thing or two about this.

She bought her first gauss meter back in the late ‘90s.

At the time, she was concerned about radiation coming from her computer at work.

She became passionate about the subject, not because she was physically ill or electrically sensitive.

But she did become chemically and electrically sensitive at one point, which which she put’s down to a mercury exposure.

She was originally certified as a Building Biologist in 2001.

‘There were only approximately 6 people in her class back then and some of them were more interested in air quality, not EMFs!’

In 2014 in the face of the exponential rise in wireless radiation from a multitude of different devices, including smart meters, and the impending 5G and the Internet of Things, she decided to take things a step further.

She returned to the Institute of Building Biology and acquired her Advanced Electromagnetic certification.

For her the dangers of EMFs are very real, ‘I see more exposure symptoms from radio-frequency now than I ever have including insomnia, anxiety, heart palpitations, arrhythmia, headaches, dizziness, nose bleeds, cognitive impairments etc.’

For my next interview guest I’m delighted to welcome Building Biologist Lee Sagula.

We are going to talk about: 12 top tips to measure and reduce EMFs in your life.

Lee Sagula is Bau-Biologist (BBEC) with Advanced Electromagnetic certification (EMRS). She provides Home and Office EMF assessments as well as air and water quality suggestions, when necessary. Her approach to EMFs incorporates strategies and solutions that she herself uses and has used for years for her own family members.

Listen to my interview with Lee Sagula and learn:

*****To listen to my free interviews make sure you are signed up to my newsletter.*****