When I first started researching electromagnetic fields one of the biggest problems I had was getting my head around all the jargon; trying to understand what all the different measurement units that are used to quantify EMFs meant.

Most people have vaguely heard of terms like Volts, Watts, Gauss and Hertz but then between having heard of a term and having even a vague understanding of its meaning, there is often a big gulf. Here I hope to answer at least some of your questions.

EMFs are mainly characterized in terms of frequency and strength.

Frequency is measured in hertz, which means cycles per second. 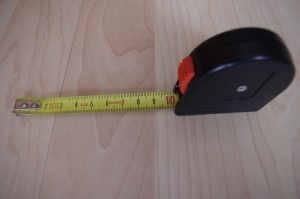 What Are The Most Common Units of Measurement For Measuring RF Radiation?

To convert between units expressed in square meters is quite simple (remember that “mW” means “milliWatts” and “µW” means microWatts):

What Are The Best Units of Measurement For Measuring RF Radiation?

That depends on what your objectives are. But for personal EMF measurement we are interested in relatively low levels of radiation because we now know that even relatively weak RF signals have biological consequences. Most RF meters for personal use have now incorporated this parameter. For instance the Cornet meters now use V/m and mW/m² and the Acoustimeter uses V/m and μW/m². I recommend meters that give readings in V/m this is the most meaningful measurement for personal testing and protection.

What is the Advantage of Obtaining Measurements in V/m?

Technically speaking W/m² (and its derivatives mWm², μW/cm² etc.) measures something called Power Flux Density. PFD is measured by averaging the power over time (6 minutes for official RF measurements) and is therefore most relevant to measuring the heating effect of RF radiation.

Studies show that it is the pulsing effects of EMFs that are particularly dangerous. V/m is considered the best unit of measurement for measuring microwave signals at non-thermal levels (as used by WiFI and cell phones and the like) because it gives peak signal strength (some devices have peak power levels up to 100 times more than their average power levels).

The most commonly asked question is how to convert between W/m² and V/m. There is a conversion formula for this but W/m²only converts into V/m for continuous signals (things like VHF and FM radio signals).

Formula for Conversion from W/m² to V/m

Formula for Conversion from V/m to W/m²

The most common units of measurement for AC magnetic fields are Gauss and Tesla.

In Canada and the US the standard measurement unit is Gauss and in most other parts of the world it is Tesla. Both units measure exactly the same thing, the magnetic field generated by current flow. Because we know that even relatively weak magnetic fields have biological consequences the most common units of measurement are milliGauss (mG) and microTesla (μT), these are the measurement units used by the Cornet ED75 and Trifield 100XE (mG only).

See the formula below for a better understanding of their relationship.

Formula for Conversion between Gauss and Telsa

The conversion is quite simple:

I hope this gives you a basic understanding of what the different measurement units that are used to measure EMFs mean.