Both of our kids are still at school.

I’m not talking about the quality of the teaching or the awesome sports facilities or even the long holidays….

Both their schools are on a hired wired Internet connection. 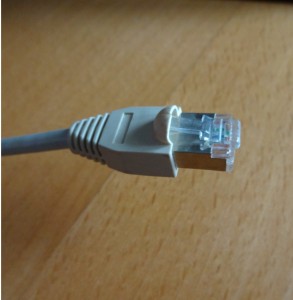 I know because I checked this out last time I was up there for the parent/teachers meetings.

I know some of you are not so lucky.

One of my readers, Jenna (name changed), is not so lucky.

Her kid’s school just introduced WiFi. It’s difficult trying to convince the “skeptics”. But Jenna seems to be doing a better job than most.

She wrote a terrific letter outlining the case why WiFi should not be introduced into her child’s school. Jenna very kindly offered that I share her letter with you so that anyone finding themselves in the same situation could use it.

Here is the letter Jenna sent to her school headmaster:

I recently learned that your School uses wifi to connect to the Internet. I am very concerned about this, in view of the evidence that wifi is dangerous to the health and safety of children. (More about this below.)

Of course, I realize that it is not your intention to harm children. Wifi is a relatively new technology that has caught on like wildfire — it’s in airports, libraries, restaurants, bars, hotels, and even in many homes. Surely our government would not allow this if wifi were not completely safe.

Think again. For many years the wireless industry and our government assured us that cell phones were completely safe. Today, few people believe this given the increased incidence of brain tumors associated with the heavy use of cell phones.

As a result, the World Health Organization was forced to admit (in 2011) that cell phones — which, like wifi routers, emit microwave radiation — may cause cancer (Cell Phones & Cancer: WHO). Shortly afterward, Italy’s Supreme Court ruled that cell phones do cause cancer (Italian Supr Ct ruling-1), opening the floodgates for a barrage of legal suits worldwide.

Not enough time has gone by yet to implicate wifi routers as a specific cause of cancer, but they too generate microwave radiation, just like cell phones and cell phone towers.

Certainly no one would permit a cell phone tower in a schoolyard, yet due to a lack of awareness, the school was allowing 3X the equivalent of a tower’s radiation inside their building. (To watch the video, please click on the link below.)

What will be the long-term consequences of this exposure? As noted in the above video, today’s children are the first generation to be exposed to constant, long-term microwave radiation.

An authoritative video on the biological effects of wifi by a Canadian researcher, Dr. Magda Havas, is also well worth watching:

Other informative videos are listed below:

(By googling “danger of wifi to children,” you can find many other resources.)

Bottom line, a growing body of scientific research indicates that the microwave radiation emitted from wireless devices creates adverse biological effects. These include —

· damage to the reproductive system

· weakening of the blood-brain barrier

Some of these studies are listed at scientific-research under “EMF Research.” (You’ll have to scroll down to see the list.)

Given that there is a safe alternative for connecting to the Internet, is there any good reason to have wifi at your school?