According to the World Bank three quarters of people on the planet use a cell phone. How many of those people are aware of the dangers and know what to do about them I wonder?

Very few of them I would guess.

The Dangers Of Cell Phone Radiation 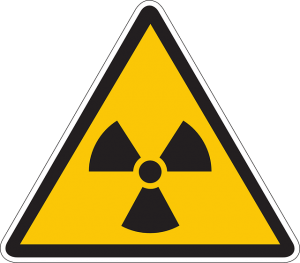 Cell phones emit a form of electromagnetic field called radio frequency (RF) radiation or microwave radiation. This radiation is emitted by your cell phone when you talk, text, stream videos or music and even when it’s standby.

For decades we have been told by our governments, the companies selling these devices, the medical establishment and many so-called experts that this radiation is perfectly harmless.

‘because of the low frequencies involved this radiation does not have sufficient energy to cause a heating effect and therefore can’t harm you’.

This is simply not true. The adverse effects on our biology are well documented but little known.

Cell phone radiation has the ability to cause great harm.

A Congressional Staff Briefing [1] back in 2001 revealed that there are adverse biological effects to EMFs at levels 76000 times lower than the safety standards.

To get clear about the dangers of EMF to your health, you might be interested in reading my article where I review the scientific research [3].

Some people feel symptoms when they use a cell phone. Common symptoms include:

Important: it’s not because you can’t feel symptoms that these exposures are not impacting your health. Studies show that these effects are cumulative and that they work over the long term.

“regular use of a cell phone by adults can significantly increase the risk of gliomas by 40% with 1640 hours or more of use.”

In other words, 30 minutes per day of cell phone use over ten years equates to a significantly increased risk of cancer.

Cordless phone radiation [6] is a very real issue also—similar health effects have been observed with cordless phone use.

12 Tips To Protect Yourself From Cell Phone Radiation

Here are my 12 tips to minimize your exposure to radiation when using a cell phone.

1. Don’t allow children to use a cell phone for calling.

This is at the top of my list because it’s so important. Children should only use a cell phone for dire emergencies.

2. Limit calls to those that are absolutely necessary.

3. Avoid telephoning with your cell phone next to your ear.

When receiving an incoming call give yourself a second or two before putting the phone next to your head once you’ve accepted the call.

4. Avoid carrying your cell phone directly on your body.

Even on standby your cell phone communicates at full power with the nearest cell phone tower regularly (typically several times a second) to ensure it has the best signal possible. If you’re in a poor signal area, it may transmit every 30 seconds to try and get a better signal. If you do have to keep your cell phone next to your body keep it away from your major organs.

Even when your cell phone is switched off it may still be emitting radiation. Many cell phones now have GPS incorporated which periodically transmit to update their position, even when switched off. Flight mode or airplane mode [8] is a safer alternative, but better to avoid carrying your phone on your body.

5. Only use your cell phone in conditions of optimum reception.

Use it outside or near a window as much as possible. Avoid using it in a basement, underground station, elevator etc.

There’s no industry standard on the meaning of the signal bars on cellphones but you’re best advised to only telephone when all the signal bars are showing. Some phones can ramp up their emissions 1000-fold in areas where the signal is poor. This means that for each signal bar that is missing your exposure increases several hundred times.

6. Don’t use your telephone when in a moving vehicle.

This might be in a bus, train, car etc. In a moving vehicle the cell phone antenna is constantly scanning for contact and therefore operating at increased signal strength, hence radiation emissions are increased. According to Lloyd Morgan of the Environmental Health Trust:

“GSM phones go to max power every time it connects to the next cell; 3rd generation (UMTS) and 4th generation (LTE) do not change radiated power as they move from cell to cell“.

7. Don’t use your cell phone in a parked car.

Would you consider sticking your head in a microwave oven when its turned on? I don’t think so. Using your cell phone in a car works on the same principle as a microwave oven. In both cases they are metallic enclosures where RF radiation is magnified.

The RF radiation from your cell phone reflected back by the cars metallic structure magnifies the radiation. It’s called the Faraday cage effect.  This radiation from your phone bounces round your car and is absorbed by your body at a higher level than would otherwise be.

8. Use an air tube headset when possible.

As a rule of thumb, signal strength falls off in proportion to the square of the distance to the source. So if you double the distance to the source (the cell phone to your head) your potential exposure would be four times less, since two squared is four. Airtube headsets are the safest way of increasing this distance. They are comprised of a part-wired cable and part air tube. This air tube component converts the electrical signal into harmless airwaves. An airtube type hands free kit [9] can reduce radiation significantly as can a cell phone radiation protection case [10] and it is much safer than bluetooth [11].

Speaker phone mode is another option. This enables you to hold the phone away from your body when you use it. The downside is that it makes the battery work harder thereby increasing magnetic radiation levels. If you don’t have an airtube, speakerphone mode offers a “lesser of two evils” solution.

9. Never sleep with a cell phone switched on at night beside your bed. 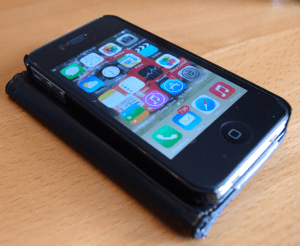 Never even bring the cell phone into the bedroom.

Studies show that cell phone radiation and other electromagnetic field (EMF) exposures at night can interrupt sleep cycles and contribute to a host of ailments like: irritation of allergies, heart palpitations, muscle pain and weakness, and daytime irritability. These exposures can impede the function of the immune system, reduce the production of melatonin and other hormones and have serious long-term adverse consequences.

10. Avoid using your cell phone if you are feeling in any way run down.

The radiation can make you feel even more tired and weaken your organism further. The elderly and pregnant women should be heavily discouraged from using a cell phone, the embryo and fetus is not conducive to microwave radiation. If you have a metallic appendage in or around your head such as teeth fillings, metal screws and plates, jewelry and metal framed glasses you may be particularly affected.

11. Don’t make the mistake of thinking a low SAR cell phone is a safe cell phone.

12. Prefer text messaging to making calls with your cell phone.

Texting also exposes your body to radiation but it limits the duration of exposure and the proximity to the body. Hold your cell phone away from your body when you press ‘send’.

Beware: texting is not without it’s dangers a 2016 study has revealed that text messaging with smartphones can trigger a new type of brain rhythm.

An extra tip for good measure – minimize the number of apps running and disable any background services that are not absolutely necessary. Disabling “mobile services”/“data network mode” makes your smartphone operate more like a conventional cell phone. So when your smart phone is activated in wireless mode you can still be reached but you avoid unnecessary radiation from background data traffic.

If you find you are developing a sensitivity despite taking all these precautions, protective paints, veils and nets may be able to offer you some relief  but ultimately you are best advised to stop using a cell phone.

Do Neutralizing Chips and Diodes Work?

More and more people are seduced into buying EMF protection chips, cell phone radiation protection stickers, harmonizers and diodes. The manufacturers claim these EMF protection products nullify or neutralize the effects of EMF exposure when you stick them on your cell phone. Beware, many of these companies have paid to have research done to support their claims.

Moreover, they can be dangerous. A number of electrically sensitive people have contacted me reporting an initial improvement when using these devices only to find that their symptoms have deteriorated some time afterwards.

5G is the latest generation in cellular technology which is being gradually phased in around the world. It is expected that cell phones will gradually adopt 5G. This changeover is expected to go on behind the scenes, with 5G capability being offered by different network providers at different times with many new 5G towers [14] being installed. There are however real health concerns associated with 5G as outlined in my extensive article — is 5G dangerous? [15]

Long term, a rounded holistic approach to EMF protection is the only approach that works.  Let me share with you my vision for healthy living in our electromagnetic world. Make sure you’re signed up to my newsletter.

Sources for this article include: