Maybe it’s just me but it seems everywhere I go, someone has got a cell phone pressed up against their ear. If the phone is not being actively used, whatever musical ring tone has been chosen has the person fumbling in their pocket or purse for their device. Cell phones are lightweight, trendy, convenient, and fun to use. In fact if I didn’t know better, I suppose I would be like everyone else, a cell phone junkie.

Most cell phone users have become so ‘addicted’ to their phones that they even keep them on their night stands or pillow when they go to sleep – that’s really not a good idea.

Why? Because serious mental and physical problems have been linked with cell phone usage. The symptoms and conditions resulting from electromagnetic sensitivity accumulate over time, becoming more severe as exposure to the cell phone’s radiation continues.

So I decided to compile the most exhaustive list I could, of symptoms and conditions which can result from cell phone use. Feel free, if you want to print this out to show to any doubting thomas in your entourage. And when those doubting thomases go “oh yeah, show me some proof”. Well now you can because below that I have show the proof – 15 scientific studies which support these claims. 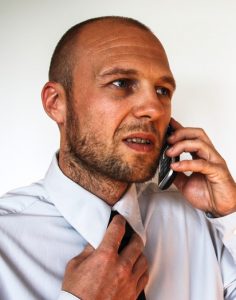 Non-Comprehensive List Of Symptoms And Conditions Resulting From Electrical Sensitivity

Ringing in the ears, tinnitus, can be one of the first signs that your cell phone is beginning to affect you. An unexpected earache, along with difficulty in keeping your balance are yet other indications that you are experiencing electromagnetic sensitivity.

As your head is directly on the ‘receiving end’ of a cell phone’s electromagnetic waves, the ability to remain mentally sharp and aware may be affected. Of course, as a lack of concentration and confusion result, it will be more difficult for you to associate the seemingly innocent cell phone with your problems. Memory will also suffer and learning new tasks will seem to take forever, due in part to an inability to concentrate.

Neurological problems can mask themselves as other ailments, and linking them to your cell phone might be difficult. Suddenly developing dizziness and nausea without any discernable cause, as well as insomnia, might be ways that electromagnetic exposure is affecting you. If you seem to develop the flu when it is not flu season, this might also be a clue that your nervous system is starting to suffer.

It can sometimes be hard to distinguish between just getting a cold or flu, and when these symptoms arise from electromagnetic radiation from your cell phone. However, if coughing and throat problems persist, as well as sinusitis, or if you develop asthma out of the blue, your cell phone might be the reason.

No one needs to be told how serious problems with the heart can be. You may be suffering from electromagnetic hypersensitivity if you begin to notice that your heart rate has altered suddenly, or if you begin to experience chest pains. Shortness of breath and fluctuating blood pressure might also be signs that your body is reacting adversely to cell phone use.

While many eye problems can come about from daily work, any that manifest themselves in a short period of time, when you had no difficulties before, might be traced to your cell phone. Gritty and smarting eyes, changed vision, and the development of ‘tics’ in the eyelid could will be the result of electromagnetic exposure.

Quite often, physical problems are often accompanied by emotional ones. A change in your outlook, such as depression, anxiety, anger, and mood swings, could be because of radiation from your cell phone. Sudden crying jags and the feeling that you are losing control are unpleasant, and could be caused by the electromagnetic radiation entering your brain when you talk on your phone.

We tend to take the ability to move freely for granted, so when anything occurs that causes an impairment to this, we notice it quickly. Weakness and spasms in the muscles, as well as pain in the joints all affect our movement. Electromagnetic sensitivity can also result in cramps in the legs or feet, and tremors in the extremities.

Problems with the skin might be one of the last things we might associate with electromagnetic sensitivity or hypersensitivity, but it is quite true that this can cause many skin conditions. The onset of severe acne, irritation, or rashes could be the result of cell phone use. If your face swells or flushes, you should consider cutting back on using your phone.

Any upsets in the genito-urinary tract will make themselves known quickly and uncomfortably. You may find yourself running to the bathroom with some urgency, which can be a real inconvenience at work or while traveling. A change for the worse in your sweat will signal a problem not only to you, but to others near you. Sensitivity to electromagnetic radiation can be the root of these problems.

Associated with the symptoms mentioned directly above, electromagnetic sensitivity can also cause you to change your food preferences, as well as cause a change in your appetite. Certain foods that you have previously enjoyed may now upset your stomach or cause allergic reactions. The embarrassing development of flatulence could also be tied to the use of your cell phone.

Electromagnetic sensitivity can cause problems with how your body reacts to the environment. Allergies might develop, and you can become sensitive to light, chemicals, smells, or noise. If these conditions arise after you have begun using a cell phone, the phone itself may be the reason.

Besides symptoms that can be associated with a specific part of the body, there are other problems that can arise in a more haphazard manner. Brittle nails and a scalp that itches, along with unexpected hair loss can mean that your body is reacting to the radiation from your cell phone. Women may find their menstrual cycles have become skewed, as well.

The link between infertility issues and cell phone and other EMF exposures is also very strong.

Fifteen Important Studies Which Prove The Dangers Of Cell Phone Use

Edelstyn, Oldershaw (2002) “The Acute Effects of Exposure to the Electromagnetic Field Emitted by Mobile Phones on Human Attention”.

One of the most comprehensive studies on the symptoms of electrical sensitivity is a Swedish study compiled as part of the RALF investigation. By far the most common complaint associated with EMF exposures, including cell phone exposures, was skin complaints.

Note: on this page I’ve only talked about physical symptoms, about what you might typically experience when exposed to cell phone radiation and other EMF devices. Thousands of studies link these exposures to a long list of diseases, medical conditions, including cancer.

If you use a cell phone you should be aware of the risks. You should bear in mind that using a cell phone next to your head means you are emitting a steady stream of electromagnetic energy in close proximity to your brain. The ear, with the cell phone pressed tightly against it, will receive the first of this radiation, and this is where many problems begin.

Being aware that your cell phone might be causing a league of problems and is impacting your health is the first step. Protecting yourself from this radiation is the next step. Click here to read my cell phone radiation protection tips.

Let the doubting thomases be silenced.