Question: how can the World Health Organization (WHO) say on one hand cell phones are possibly carcinogenic and on the other completely ignore cell tower radiation?

Especially when we know its the cumulative effects that are particularly dangerous….remember, unlike cell phones, cell towers emit radiation 24/7.

Professor Girish Kumar of India has been pondering this and other questions relating to cell tower radiation.

Following his campaign, the local government of Gurgaon (a large financial and industrial centre in India), shut down 298 cell towers in a residential areas last January.

Want to know how he did it? 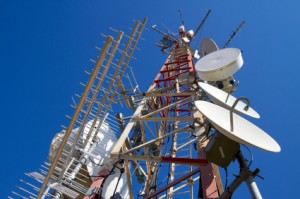 He bribed a few officials?

He had friends in high places?

No, none of that.

Actually he produced an excellent report (several reports in fact) on the dangers of cell tower radiation.

The main one is a reply to a 72 page long report and well worth the read.

Report on the Dangers of Cell Tower Radiation

Just in case you haven’t got time to read it all, here are the the bits I liked:

– if you are living in the main beam of cell phone towers you are exposed to comparatively high radiation levels, you need particular help

– the Telecom Industry likes to play down the WHO class 2B carcinogen classification, which also has pickles, coffee, etc. in the list. Radiation from cell phone towers is 24×7, people living in the near vicinity absorb this radiation continuously

– the industry experts claim that “Non-thermal biological effects have not been shown to be a health hazard” is wearing very thin. Non-thermal effects are actually several times more harmful than thermal effects. Pro Kumar has produced a separate 50 page report with nearly 200 technical and scientific references to prove this

– average human life expectancy is approximately 70 years. We should be making EMF exposure guidelines to live safely for at least 70 years

– the sensation of “hot ear” that many people feel when using a cell phone can cause ear tumors; the temperature of the ear lobes increase by 1C when a cell phone is used for 20 minutes or more, this warm sensation/pain can lead to tinnitus and irreversible hearing loss. This can in turn lead to an ear tumor.

– if you look in the small print in the user manuals of cell phones the manufacturers are actually giving (discreet) warnings about radiation exposures. Notably for the BlackBerry smartphone the user manual recommends keeping the phone at least 0.98 in. (25 mm) from your body when it’s in use.

– the risk for brain tumors from cell phone use is much higher in young adults when compared to older adults, the Interphone study included only adults between the ages of 30 to 59 years.

– nobody is saying ban cell towers, we know that without antennas the network would not exist and people could not talk to each. What we are saying is “why transmit so much power?”. In India, Telecom operators transmit 20W of power per carrier and they use a number of carriers. Also, antennas of multiple operators are placed on the same roof top or tower to cut down the cost, so cumulative transmitted power is very high. The operators should not transmit more than 1 to 2W of power in the densely populated area.

I think this is really important information, otherwise I wouldn’t be sharing it with you. Its important particularly if you are in the beam (as described above). But don’t get hung up about cell tower radiation. Instead, concentrate on what you can do, deal with the other sources of EMF radiation FIRST, before you start waging war on cell tower radiation.