‘Green’ is a word that gets bandied around a lot these days.

But where do electromagnetic field (EMF) exposures fit into this concept?

Shouldn’t being green be about more than just using less energy?

Shouldn’t it be about what’s good for the environment AND our bodies?

I think so and so does Diana Schultz.

Because the irony is that you can ‘go green’ in your home and at the same time expose yourself to higher EMFs in your life than would otherwise be the case.

“I came across an Ozone generator in a home not long ago.” say’s Diana.

They called it an ‘air purifier’. Sometimes they go under the name ‘ionizer’. These were typical well-informed folks with some health issues. They’d bought this device thinking they were doing the right thing – to help themselves create a healthy home.

Little did they know that this device was emitting high Electromagnetic fields (EMFs). “I measured a reading that was over five times the safe level of EMF in these folks’ kitchen where they had the unit up on top of a cabinet”.

Not only that, the device was emitting Ozone free radicals. People buy these devices to improve indoor air quality because they can be effective in dealing with strong odors. But by introducing Ozone, a molecule composed of three oxygen atoms, they introduce a highly reactive, unstable and potentially toxic gas.

“The scientific evidence from the Environmental Protection Agency, EPA, the American Lung Association and the Journal for the American Medical Association, is in agreement – Ozone generators have no place inside a home environment with humans living there”.

In this particular home, Diana says, “the surprise for me was the extreme high radio frequencies (RF) that were being emitted that were in the wireless microwave band. It was putting out RF wireless transmissions that made standing by their kitchen sink the most unhealthy place in their house”.

Air purifiers are just one example of devices in the home that can do more harm than good. There are many others.

A better example of going green at the expense of your health are the new energy saving light bulbs, compact fluorescent lights. Sure CFLs save energy, some experts say they use 10 times less energy than traditional light bulbs.

But CFLs can create high EMFs an your home, expose you to UVs and mercury.

So how can we reconcile ‘going green’ with reducing our EMF exposures to achieve a ‘go green low EMF lifestyle’? This is what I will be talking about with my next interview guest Building Biologist Diana Schultz. 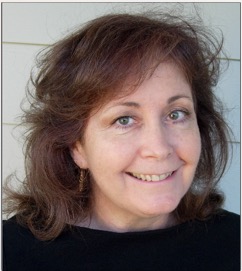 Diana Schultz, CEO of Green and Healthy Homes, is a Certified Building Biologist and Bau-Biologie Environmental Consultant based in Orlando, Florida.

With a background in Urban Planning with Environmental Studies and personal experience in designing and building her own home, Diana was introduced to the International Institute for Building Biology and EcologyTM and became Certified by the Institute in 2008.

Over the past 8 years Diana has developed Green and Healthy Homes into a very busy Building Biology practice, investigating homes and buildings for issues with Indoor Air Quality, Electromagnetic Radiation, building structure, and design, etc.

Diana also participates in many of the Institute’s on-site 5-day Seminars as Assistant Presenter, volunteers as Mentor to students in Certification, and serves as Outreach Coordinator for this non-profit educational organization.

I will be asking Diana about her experience helping people mitigating EMFs in the home, and specifically:

*****To access my interviews make sure you are signed up to my newsletter.*****