“Nearly 20 years ago…..I was diagnosed with arthritis in my feet, after having many tests for continual feet problems and special orthotics made for my shoes for the constant pain I was in, and even having several cortisone injections in my toe joints.

I had a European Vega test done that recognized I was being affected by ‘geopathic stress’! And I was told I was like a ‘100 year old mushroom’! …

Great…at my young age, I really wanted to hear that, not! 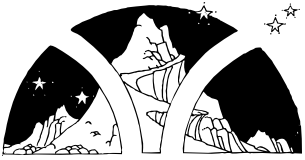 The man told me I had to get a Geomancer/Dowser or someone who could detect geopathic stress to come and check my home…unfortunately that was before ‘Google’ and he had no one to recommend for me!

After much searching I found someone and he, as it turned out, was a healer as well and had been finding water and underground ‘energy’ for 30 years.

After inspecting my house, he quickly recognized that my side of the bed, ‘where my feet were’ ,had an ‘underground stream’ cutting across that end of our bed.

But the thing that made the immediate impact for me, was when he checked the rest of the house and found that in my daughter’s bedroom, where she had slept for 9 years, had a lot of ‘noxious energy’ crossing through it!

I never told him that she was 12yrs and still wet the bed, and had wet the bed ever since we had been in that house.

We moved her bed away from this energy and she stopped wetting her bed that very night, and NEVER wet it again.

Now he had my attention……

I look back at what a ‘messy sleeper’ my daughter was, and bed time was always a mission. Her brother on the other hand, in the next bedroom, was easy. Bedtimes were never a problem and he never wet his bed.

How many children are going through what my daughter went through?

How many parents are going through what I went through on a daily basis and I felt so helpless that I couldn’t help her!

This is just the tip of the iceberg!

You DO NOT want your life to be negatively affected by something as ‘simple’ as geopathic stress.

We all sleep at least three quarters of our life in bed, but what if we are sleeping in the wrong place…and didn’t realize it was a problem?…It might not be the bed that is making you toss and turn…it could be something you don’t even know about…an energy deep beneath the surface of the earth, that could be affecting you and your family.”

The above is Nicky Crocker’s account of how she stumbled into geomancy.

I stumbled into Nicky when I interviewed best selling author Judy Hall and she mentioned Nicky’s work. Because, since discovering geomancy nearly 20 years ago, Nicky has become a full time geomancer/dowser herself.

In the intervening period she’s researched the issue of geopathic stress extensively and has now written a book devoted to this subject, entitled What If It Was That Easy – How To Heal You & Your Home.

What’s In The Book

Not surprisingly, the main focus of the book is geopathic stress.

“geopathic stress is used to describe negative energies, also known as ‘Noxious Earth Energy’, which emanate from the earth and cause discomfort and ill health to those living above it.”

The term ‘geopathic’ is derived from the Greek words, geo, meaning earth, and pathos, meaning disease or suffering. So literally, diseased or suffering earth. 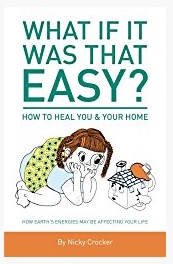 These earth energies are a form of electromagnetic energy emanating from the center of the earth:

Living in proximity to any one of these energies can cause serious health issues. When two or more of these forces interact, along with prolonged exposure to man-made EMFs, the result can be lethal.

More than 4000 years ago the Chinese recognized destructive earth vibrations. They called them ‘dragon lines’ and warned against building houses on such stressful sites. European studies in Russia and Germany on geopathic stress have been very revealing.

A 1929 German study mapped the earth energy lines in Southern Bavaria and compared them to the records at the district hospital. All of the forty-eight recently recorded cancer deaths in the town had been sleeping above the underground streams. A year later the procedure was repeated in another town which had the lowest cancer incidence in the province. Again a 100% correlation was found. The Berlin Centre for Cancer Research accepted these findings and published the information, stating that earth radiation could be a causative factor in cancer.

Dr. Richard Gerber, in his book Vibrational Medicine, says that a geopathic field likely acts in concert with a variety of other factors, including diet, genetics, environmental carcinogens, viruses, and abnormal electromagnetic exposure, as well as subtle energy factors that affect vitality and immunity.

The 6 Stages Of Geopathic Stress

Nick Crocker has identified the 6 stages of geopathic stress as being:

What I like about this book is that it’s an easy read and it’s crammed full of practical advice. Nicky has adopted a very direct approach, a bit like if you were explaining something to a friend.

Nicky deals with geopathic stress and health from an energetic perspective, which is something that I can relate to strongly. 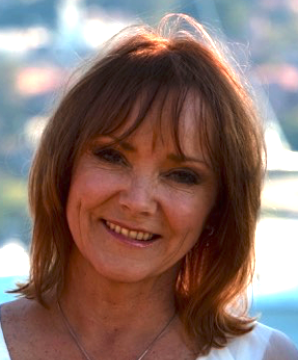 She is the founder of Clear Energy Homes. The interview will last approximately one hour and it’s FREE to listen to.

We will be discussing:

*****This interview has been broadcast to listen to future EMF interviews make sure you are signed up to my newsletter.***** (If you received notification of this interview by email you don’t need to sign up again.)

If you’re signed up to my newsletter I’ll send you an email on the day of the interview with a link to the interview (it’s a recorded interview this week so you won’t be able to submit your questions to our guest).