He designed and built his second dream home in 1965.

Sadly Eric’s parents lived in their home until sickness and death drove them out.

His mother never smoked or drank, and yet she died of recurrent cancer in 2010. His father suffered greatly also.

So Eric decided to assess their house for EMF toxicity.

Astonishingly, he found the level of dirty electricity was 196 times over the danger limit and the magnetic fields were 2.4 times above the ‘Extreme Concern level’.

His immediate thought was, “if I had only known in advance this could have been avoided”.

His father made an instant but partial recovery once he was out of the house.

He started doing some research.

After talking with and visiting world-famous authorities such as David Stetzer, Dr. David O. Carpenter and Sam Milham on the health effects of EMFs. 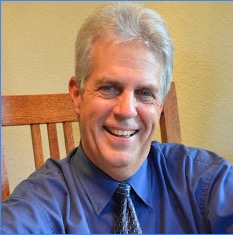 This is when it dawned on him just how big a threat EMFs were – the fastest proliferating and most dangerous environmental toxin in our modern world.

He realized that people needed to be made aware of and get protection from this danger before more damage occurred.

“It became clear to me that I needed to become professional, knowledgeable and proficient at the detection, measurement and remediation of EMF pollution”.

He set out to obtain the Building Biology and Environmental Consultant (BBEC) and Electromagnetic Radiation Specialist (EMRS) certification.

Some time later he realized that his own utility, SMUD, and elected SMUD Board Directors were not aware of or did not care about the health effects of the EMFs they were delivering and subjecting people to.

He says, “SMUD is not unique as most utilities in the developed world are deploying (a military term) these so-called smart meters in an organized, synchronized manner and falsely claiming they are safe. None of these utilities have any peer-reviewed studies that prove that smart meters are biologically safe for real people in real homes”.

He founded Sacramento Smart Meter Awareness in 2012 and subsequently assisted dozens of people who’s health was being damaged due to the powerful microwave transmissions -13,381/day and 240X more powerful than a cell phone – of smart meters.

His group prevailed against SMUD by exposing their false publications at public and televised SMUD board meetings. They won the right to have the safe and reliable analog meter in their homes.

*****This interview has been broadcast. To access future interviews make sure you are signed up to my newsletter.***** (If you received notification of this interview by email you don’t need to sign up again.)