Like mushrooms, cell phone towers have been popping up everywhere over the last 3 decades.

These towers are now omnipresent.

Silently doing their job of keeping us connected.

They route our calls, messages, photos and videos via the Internet.

In fractions of a second these cell phone towers execute a very complex process. 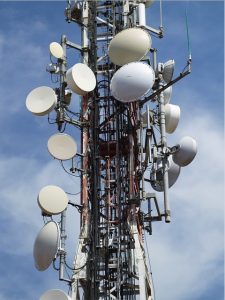 But of course there is a downside.

Because these towers, in doing their jobs, radiate our homes, schools, workplaces towns cities and countryside with radio frequency microwave radiation. 24/7.

There are those that claim this radiation is harmless.

There are others that claim that these exposures are highly detrimental to our health.

Everyone is entitled to their own opinion.

But there are a growing number of eminent scientists and researchers that are raising the alarm.

One of them is Professor Girish Kumar.

He has a PhD in electrical engineering.

He is a former Assistant Professor in the Electrical Engineering Department at the University of North Dakota.

He is currently Professor in the Electrical Engineering Department at IIT Bombay.

He’s been working on hazards of microwave radiation for over a decade.

He’s considered one of the world’s leading experts on cell tower radiation.

These exposures have been linked to numerous adverse biological effects including:

Few people understand the hazards and workings of cell towers like Professor Kumar. There are various factors that come into play, principally:

The combination of these factors determines your exposure. Your level of exposure determines the health risk.

Professor Kumar has written more than 270 papers in the international and national journals and conference proceedings. He has written several reports and given presentations at various forums on cell phones and cell tower radiation hazards and solutions.

He is also the author of two books and has filed 5 patents. His latest booked is entitled Report On Cell Tower Radiation.