Then as a junior doctor he got mumps.

It hit him hard.

He had to take three months off work to shake it off.

When eventually he did get over it he noticed that somehow he’d become more sensitive to things that previously didn’t bother him at all.

Tea and coffee for instance now gave him a headache.

One year, he returned from holiday to find the computer screens in his office had been changed.

His black and white monitor had been replaced with a color cathode ray version.

Within hours of using his computer he felt sick and unwell.

The next day he changed the cathode ray tube for a flat screen monitor – at a time when they cost £700 – and subsequently felt fine again.

The first time he used a cell phone, within seconds he’d got a bad headache and found himself slurring his words. Ever since then he uses cell phones and cordless phones as little as possible.

At work he changed the fluorescent tubes for spot lighting, ‘as this is softer and feels more comfortable’.

When the building was extended, they changed the alarm sensors from passive to active/passive. By the end of the first day he had a headache and felt irritable – it took him a few days to realize that the new sensor was the cause.

‘With our last photocopier, I was unable to sit near it, especially if the computer a few feet away was on – the combined effect was most uncomfortable. The current photocopier has a less intense effect, but I still avoid being near it.’ 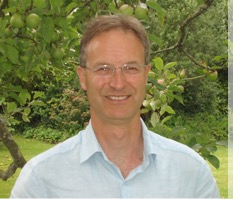 When he changed his internet service provider to a wireless Home Hub, 30 seconds after switching it on he developed an intense headache, situated as it was a few feet from his seat. He returned to a wired router and a Local Area Network that uses the mains wiring system of the house.

Dr. Andrew says, ‘putting all this together I would diagnose myself as electro-sensitive’.

He says, ‘I have been fortunate in all these cases to recognize the cause and eliminate it, thereby stopping myself feeling ill. Unfortunately, there is a phenomenon called tolerance’.

Dr. Andrew explains tolerance as when your body has an alarm symptom to a stimulus. If the stimulus is continued it downgrades the symptoms so you don’t notice it’s there but the damage is still being done.

He compares it to smoking, ‘many people feel quite ill with their first cigarette. But as they continue to smoke they get used to it.’ Source: http://electromagneticman.co.uk

Dr. Andrew believes that patient empowerment is the key to better health in the community.

I’ve chosen the teleseminar format so that you can follow via your computer or using your telephone AND you can ask your questions!

Remember: this is a live interview. Your participation is welcomed!