Our story starts four years ago.

Joe and his family were just coming off Thanksgiving.

They came back home and they noticed that their 7 year old daughter, Kyanna, wasn’t her usual self.

“She started showing signs that something wasn’t kind of right.”

At first Joe and his wife thought it was a minor illness maybe.

Perhaps, vertigo because that kind of runs in the family.

As the days progressed, things got worse.

And looking back there were other signs leading up to this in the prior months.

So they took her into the doctors to run some tests.

That’s when they did the first M.R.I.

Sadly that’s when they found the tumor.

It was a large tumor in the pons (a major structure in the upper part of the brainstem) of her brain.

Never heard of it?

This was a massive shock to Joe and his wife.

And left them asking, “What did we do wrong?”

Because they were doing all the right things.

Walking to school, being careful about diet, trying to be a good parent….

And it was so unexpected.

“She was sick once. She had whooping cough and she was only on one antibiotic her entire life.”

Because of where the tumor was located, surgery was not an option.

They were left with two choices chemo or radiation treatment.

At the time chemo was not proving effective and radiation treatment, with all the downsides that came with it didn’t seem right some how.

They went home and discussed things and decided they would try something different that would actually maybe heal Kyanna.

Through family they knew of another child that had had a similar diagnosis that had followed an alternative treatment and it had been successful.

They jumped on a flight and saw a Dr. Hilu, an oncologist in Spain.

He said, “she has an issue with electromagnetic fields.”

That’s the first time that Joe had heard about the health effects of EMFs.

In truth there were a lot of issues.

Kyanna was suffering from cell permeability abnormalities, her white blood cells weren’t as big as they should have been.

Her blood was also showing high levels of heavy metals.

Joe and his wife tried to do what they could, like right off the bat, getting dirty electricity filters installed into their home.

Getting the medical equipment up and running, hardwiring the Internet connection, dealing with all these things that were harmful to her.

Joe admits, ‘the EMFs were one issue in many. But that’s where the seed get’s planted…. it’s kind of the catalyst that gets everything else going and creates a lot of these other issues.’

Normally children that get diagnosed with D.I.P.G.,, their life expectancy after getting diagnosed is about eight months.

“We made it two months”.

His dad was a master electrician and lived opposite a cell tower.

Again, the finger of suspicion pointed to EMFs.

And again the doctors were saying, “sorry, there’s not much we can do.”

They wanted someone to measure the EMFs from the cell tower and that’s when power expert Dave Stetzer got called in.

Joe ended up talking to Dave.

He wanted to figure out how much of a role EMFs could had played in his daughter’s cancer and ultimate death.

Everything started clicking into place.

Joe was amazed by how many different illnesses and diseases were linked to EMFs.

He realized that this was the work he must do – help people reduce their EMF exposures and create healthy environments. 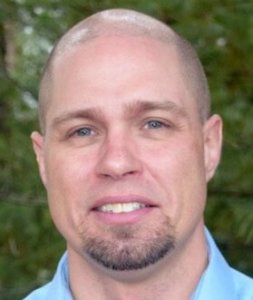 Joe has been doing EMF consultations for the last 3 years, both locally in the Chicago area and further afield by virtue of virtual home inspections.

Joe say’s, “it’s a lot cheaper for me to send equipment than to fly out there personally and we can go over all the things. I show you how to use the stuff, and then I show you what you’re looking for. We figure out what problems you have and which ones are the biggest problems and try to rate them on what’s the best course of action to go from there“.

Joe has faced the loss of his daughter with such dignity. I feel blessed that he’s decided to share this very personal matter with Electricsense and the world, so that perhaps, others don’t have to go through what Joe and his family have had to go through.

*****This interview has now been broadcast – to access future EMF/Health interviews make sure you are signed up to my FREE newsletter.*****