Paul was sitting on his couch one Saturday morning when the utility company came and installed a smart meter on the side of his house.

He knew because they’d thoughtfully pushed a flyer through his door saying, ‘we’ve installed this smart meter.’

Paul was into technology.

Little did he know what was to come.

It started that very night.

He was up for a couple of hours and couldn’t get back to sleep.

The next night the same thing happened.

This was strange, because up until then Paul had always been a good sleeper.

That night when he awoke he went out to the couch, sat down and scratched his head.

He looked down and saw the flyer for the smart meter.

“That’s the only thing that’s changed in my life,” he thought.

Out of curiosity he started researching smart meters on-line.

Astonished, he came across all these other people that were having issues over in California, where they had been previously introduced.

He came across some research published by Zory Glaser a lieutenant in the Navy and scientist that found a link between electromagnetic fields and insomnia.

The next Monday morning he called the utility to ask them to remove the smart meter from his bedroom wall – the smart meter was three feet away from Paul’s head and the breaker panel was just on the other side of the wall.

The utility people replied, “that’s how we’re going to do things from now on and we’re not going to remove your smart meter.”

This kind of upset Paul.

Previously he’d just been reading stuff on-line now he started to print out the studies and all this information.

He needed to understand the mechanism – a smart meter waking you up in the middle of the night did sound silly.

His brother-in-law, who is also a doctor suggested, “you might want to go get your head checked.”

“Everybody was looking at me like I’m crazy. I’m waking up every four hours. My health just started to take a nose dive,” say’s Paul.

He was taking four or five naps to get through the day and the tinnitus was becoming unbearable.

Paul decided to do a neighborhood survey.

He went round to the 39 homes nearby. It took him two weeks to do his survey.

“Out of those 39 homes, 32 of them were waking up at the same time as Paul. And this was before I said anything about the smart meters.”

Paul’s brother, who’s an aerospace engineer said, “this stuff is everywhere. You’re really going to have to get a meter to figure out what’s going on.”

And that’s how it started.

Paul say’s, ‘today, I don’t have any of those issues. I don’t even need to take a nap to get through the day. I’ve never been so healthy’.

He now travels all over the country, cleaning up homes where people with chronic illnesses reside.

The results have been “miraculous” Paul’s words. 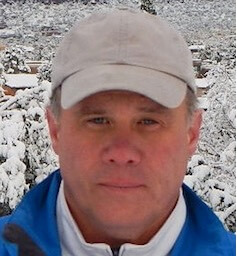 Paul Harding is a self-taught EMF investigator who was catapulted into the world of EMFs in early 2011 after a smart meter was placed on the outside of his bedroom wall and his health took a severe turn for the worst.

*****This interview has now been broadcast to listen to future EMF/health interviews make sure you are signed up to my newsletter.*****