Dan had not been sleeping well for a long time.

The issue had become chronic. His health was taking a toll.

A doctor friend suggested that Dan start turning off the circuit breakers at night to lower the EMFs in his sleep area.

He decided to give it a try.

“Behold, I went to sleep that night and had one of the best nights of sleep I’ve had in months.”

Despite, night after night continuing to enjoy blissful sleep, Dan was skeptical as to why exactly his sleep had suddenly improved so radically.

He’d worked around in the aerospace industry and with a lot of high energy microwave radiation and he just couldn’t see how doing something so simple could have such a profound effect.

He wanted to know more.

His doctor friend gave him a couple of books and he started researching electromagnetic fields and health.

Once he started understanding the biological health concerns and what sleeping in a non-natural EMF environment does to our melatonin levels, he began to understand what was going on.

But he saw some flaws with the fact that every morning and evening, he had to go to manually turn the circuit breakers on and off.

The two issues he saw right away were 1) that circuit breakers are not designed to be switches, and 2) the pure inconvenience of having to manually do this every day.

That was the genesis.

Dan decided to build an automated device to do all this. 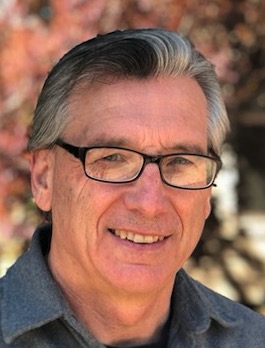 Dan Evison is the Founder and President of EMFsleepsafe and the inventor of the original EMF Kill Switch.

He has a background in both industrial, electrical engineering and manufacturing along with experience in the aerospace industry which included military and NASA, payload work .

Dan owns a, 508A UL listed industrial panel manufacturing shop, designs electrical panels and pursues inventing and product development which for the past two years has included the EMF Sleep Switch.

Dan’s goal is to help people lower their cumulative EMF load by 70% – 80% so people can live loud . . . by sleeping in an EMF mitigated sleep sanctuary.

*****This interview has been broadcast to listen to future EMF interviews make sure you are signed up to my newsletter.*****