Derrick was locked up the week before he turned 21 years old.

Between 2005 to 2008, he bounced in and out of various state institutions in the Houston, Texas area and served nearly 18 months behind bars.

It was this experience that drew Derrick into a journey of introspection and self-reflection.

Both sides of his family had quite a history of drug and alcohol abuse, and prison as well.

As a child, he’d already visited his father in prison.

When he was arrested he realized just how powerless he’d become.

He had to look at the calendar and say, “I’m not going home until next year.”

Once he got to the point of accepting that and accepting, “Okay, I’m here. There’s nowhere I can go. I can either cry and moan or I could become a more hardened criminal if I want to.”

The opportunity was always there, but Derrick chose a different path.

He started to journal every day.

His grandmother sent him books about Buddhism.

“I was just sitting and meditating every day when I was in there. I was starting to work on my own traumas and to look at my relationship with my father who was coincidentally also in the prison at the same time.”

When in prison he was able to look back.

Visiting his father in prison, having his family fractured, not just with his father but also with other family members and seeing drugs, all this affected Derrick at a young age, even though he wasn’t cognizant of it till later.

But as he looked back as a 21-year-old young man, he was able to see that he’d been depressed for a long time, ever since he was a child.

And then eventually, as a teenager that depression turned into anger.

“I think many of us sometimes have experienced that feeling of believing our anger makes us stronger.”

From 14 years old to the point of getting arrested it was pretty much all downhill.

When he got out of high school he started experimenting with drugs.

And then he got into drinking and drinking, blacking out, going down that path of drinking, going from one drug to the next.

In early 2005, he got addicted to crystal meth.

Then it was a 10-month spiral down until he ended up getting locked up for being in possession of drugs.

That’s where that whole journey began.

He got out of prison for the final time in October 2008.

He wasn’t very aware of politics, but Barack Obama was about to be elected President.

It was an interesting time to be coming back into the world, not only to have the cloud of drug addiction lifting off, but also the cloud of depression and for the first time in his life.

Derrick started going to the library every day.

While he was at the library, he rediscovered that he loved to learn, read, write, and explore his mind.

He started checking out various books at the library.

One of the books he read was on the American drug war.

He became fascinated by the war on Cannabis and the role that money, racism and corruption plays in it.

“That was a real eye-opener for me.”

He started connecting with various activist groups and spiritual communities, and people began contacting him to write on lots of different topics.

“I was able to turn my interest in writing into a career of sorts, writing in an alternative independent media, writing articles and producing documentaries, writing books.”

He began to realize that traditional activism had its limitations, “with people failing to look at their own actions and say, how am I contributing to this problem? How am I playing a role in it?”

He realized that this struggle, our struggle, entails working on both areas, working on and healing our own personal traumas, our doubts, fears, and insecurities, as well as working to expose things going on in the world like 5G and other important issues.

Which is what Derrick has been doing for nearly a decade and led him to running for mayor of Houston last year. 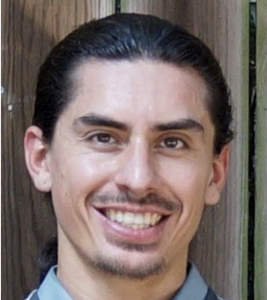 For the last 10 years, Derrick Broze has been dedicated to spreading truth and exposing corruption by empowering hearts and minds.

He’s the founder of the Houston Free Thinkers Activist Group, the Conscious Resistance Network, co-host of the Free Thinker Radio on KPFT in Houston, the author of five books, and writer of five documentaries.