For James it started when he was a boy.

He noticed he was getting blurry vision and was seeing a spot in one part of his eye.

Invariably this lead to a headache.

The general consensus was that he’d got CRT syndrome.

His parents took him to an eye specialist who informed him, “you’ve got a stye at the back of your retina from a parasite.”

This was disproved years later when he went to the Eye Institute in Pretoria in South Africa and they put him through a whole batch of tests and found no such scarring or damage or anything like that.

When he was at school in Math class, whenever the teacher would put on the fluorescent light – this would normally be in winter or when it was raining – he noticed would go into this hazy state.

Twenty minutes of the class would go by and, “the teacher would do all these things that I don’t remember much or I’m not responsive”.

She would ask him a question and he was just in a zombie daydream state.

He got very high grades in math. He enjoyed it. Loved it. Relished it even.

When he was in high school, James’s mother bought him his first mobile phone, a Nokia 5110.

He had it with him in case she had to contact him during school hours.

One time during science class, the phone rang and the science teacher was shouting at James and again, he was in a dazed state and his nose was bleeding.

His friend was going, “Dude, what’s up? Your phone is ringing.”

He eventually snapped out of it and realized what was happening.

Like all his friends James got a Bluetooth headset, except within five minutes, “ I had head pain from it”.

He started to get more focused on putting two and two together.

But when he explained to doctors and other medical professionals what he was experiencing he felt he was being brushed away.

He went to see another neurologist specialist.

He gave him all the literature and again he felt the neurologist was being dismissive with him.

He’d had an initial MRI and he then sent James for a second follow-up MRI scan.

He suffered a stroke – during the MRI scan. As a result of the MRI.

At the beginning of this year James survived another stroke.

He later learned from another neurologist (the one currently treating him) how the MRI is different and why he had the stroke.

But it’s through these trial and tribulations that James has been able to refine his research into quantum biology and understanding things a lot better.

This is now to be the subject of James’s PhD.

In South Africa, James was the first person to be officially diagnosed by the state with electromagnetic field intolerance syndrome (EMF-IS).

He say’s, “I’ve gone through the whole process. I’ve been to courts. I’ve got a whole a bunch of things behind me on that experience.”

His focus is to find EMF mitigation options for the country. 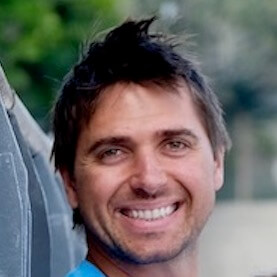 James Lech completed his master’s thesis at Rhodes University, South Africa. His research domain centered on investigating and examining the incidents of technological systems and social systems, particularly to model the effects of non-native electromagnetic fields on the population.

Several regulatory and legislative body have requested and been presented his research findings, which may eventually be used in the development of new EMF radiation protection regulations in the interest of public awareness and public health.

He’s a winner of numerous awards, including the Golden Key Honour Society Academy Achievement Award in 2018 and the Brightest Young Minds South Africa Award in 2005.

Listen to my fascinating interview with James Lech and learn:

*****This interview has been broadcast. To access future EMF interviews make sure you are signed up to my newsletter.*****