Sarah Myhill qualified as a general practitioner (medical doctor) in the early 1980s.

She went into general practice with the British National Health Service.

As a newly qualified doctor she went about her work with enthusiasm and felt a certain pride to be part of an institution that was focused on helping and healing people.

But within a very short time she became disenchanted.

She realized that her doctor colleagues were just not interested in looking for the root causes of illness.

It was all about symptom suppression with drugs.

Sarah found this a very boring way and unsatisfactory way to perceive medicine.

Sarah came to realize that the group of patients who are probably the worst treated in the Western world are people with chronic fatigue syndrome – because there is no one single underlying cause.

There are a multiplicity of factors.

“There are no good drugs to address the causes of fatigues because they’re not asking the right questions.”

Her interest in causation became focused on patients with chronic fatigue syndrome (CFS) and Myalgic Encephalomyelitis (ME).

It was through this approach that got her interested in electro hypersensitivity, or EMF Intolerance Syndrome.

It became obvious to Sarah that some of her patients were suffering from this.

“We don’t have a present good objective test”, she say’s, “we can’t clasp some machine or gadget on somebody and say, ‘yes, you’re suffering from electrical sensitivity’.”

All her discoveries start with the clinical picture.

A common give-away is being able to sense WiFi.

“When I have patients who come to see me who say they know when they walk into a room, that the WiFi is switched on because they immediately get symptoms and as soon as the WiFi goes off, their symptoms go away. And they do know when of course the WiFi is being switched on or off. That is very, very good evidence of electrical sensitivity.”

(In this interview hold on tight for a strong dose of truth: Dr. Myhill has faced 30 separate prosecutions by the General Medical Council – not because of any complaints from patients. All because of complaints from other doctors or health authorities or from the general medical profession itself who didn’t like her speaking her mind.) 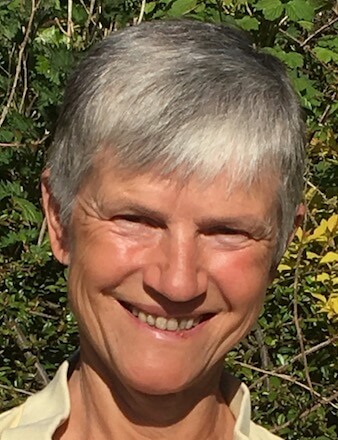 Dr. Myhill is a veteran clinical physician based in U.K. and a leader in the treatment for chronic fatigue syndrome. She’s focused her career by identifying and treating the underlying causes of health problems, especially the diseases of civilization with which we are beset in the West. She is the author of several books and her latest book is Sustainable Medicine: Whistle-blowing on 21st Century Medical Practice.

Listen to my fascinating interview with Dr. Myhill and learn:

*****This interview has been broadcast – to access my free EMF interviews make sure you are signed up to my newsletter.*****