When Katie was a teenager she discovered a dust-covered book by Cathryn Elwood called Feel Like a Million.

As she sat and read the book she realized for the first time that there was a connection between what she ate and how she felt.

After studying health for years (decades) she finally decided that she was ready to write her own book on health.

In the winter of 2016 she’d got the title Rejuvenate Naturally, she’d written the book and she thought she had pretty much completed what she’d set out to do.

Then one day after meditating she asked the universe a question, “what can I do about the radiation from the traffic light transformers out in our front yard and the smart meters outside our home, and the WiFi and the cell phone radiation inside our house?”

As she was laying there on her mat, these answers tumbled over each other as new thoughts came to her mind: “I can Google it. I can study it. I can learn about this issue. I can help others. I can write about it. I can even become an EMF consultant.”

The funny thing was she had never even heard that phrase before, EMF consultant or electromagnetic field consultant.

Katie set about studying everything she could get her hands on and took an intensive course with an electrical engineer and subsequently gained certification as an EMF consultant.

Strangely this also coincided with a period where she realized she had become symptomatic around EMFs.

She’d been experiencing abnormal fatigue for some time. So she decided to stop using the WiFi, stop using her cell phone.

She noticed that very quickly the fatigue went away and her vitality came back.

Was there a connection? ‘I don’t know but it seems like there was.’

She also noticed a connection between being around cell phones and her blood pressure.

After spending time in a mall or at the gym, places where almost everyone have their cell phone turned on, she noticed her blood pressure would go up.

“It’s quite a challenge when I go to the gym, to go on a treadmill where other people are at least two treadmills away from because they probably have a cell phone on them turned on or they’re even using it while they’re on the treadmill”.

This spurred her to add another section to her book about EMFs to cover cell phones, cordless phones, WiFi routers, WiFi access, sound speakers, microwave ovens, smart meters, other sources of EMFs and solutions for dealing with these exposures.

Katie gained her insights through meditation and this is how she began on this EMF path.

She say’s, “I eat and do exercise and use energy work and have the right beliefs. For other people EMFs would probably bother them much more than they do me”. 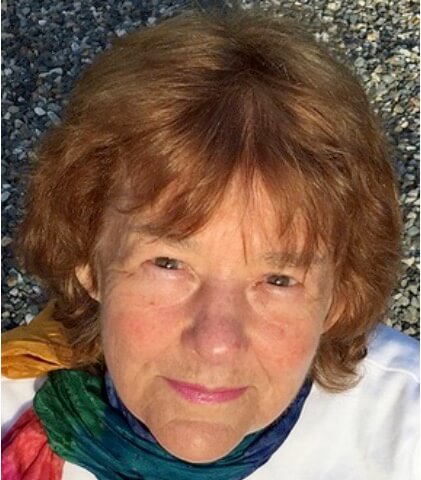 Listen to my fascinating interview with Katie Lawson and learn:

*****This interview has been broadcast – make sure you are signed up to my newsletter to listen to future interviews.***** (If you received notification of this interview by email you don’t need to sign up again.)