He was doing some electrical wiring work in Victoria (BC, Canada) for a very good friend.

His friend called him and said, “Walter, I want you to wire my house. But I don’t want any of these electromagnetic fields in my house.”

Walter stood there with his big tool pouch on, ready to get going, telling her, “Fran, don’t worry about those magnetic fields. I would know all about that. I’ve been in the business a long time!”

His friend replied, “Well, you know Walt, I want you to read some articles.”

She supplied him with the very first articles he was to read on the EMF question.

They were articles published in Harper’s magazine by EMF pioneer and science writer Paul Brodeur.

There were excerpts in that magazine talking about the problems with magnetic fields, particularly in schools.

He read the articles and thought, “hmm, oh man, looks like there’s something else here.”

It was if he didn’t really want to know but he was curious.

Now he says, “my whole world changed after I started looking into this issue”.

“It changed my business and changed my lifestyle, and gave me a new reason to be in the trade, in the business.”

What Electricians Do And Don’t Do

An electrician’s training and work is essentially geared around protecting people from fire risks. 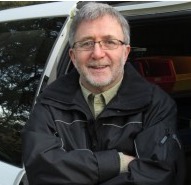 Walter explains, “what we have not ever looked at is actually how electricity affects the human body”.

Not only humans but all living beings.

Science tells us that the energy coming off electrical wires can cause havoc at thousands and thousands of times less power than what it takes to give you a shock or cause a fire.

Walter say’s, “that is where I had to change my whole paradigm and how I looked at electricity”.

He admits to having some initial reluctance to take on board this new information.

A feeling of “this is going to change everything. I’m going to have to start doing things an entirely different way”.

Stop The Electrons From Escaping

He also admits to being, “just like everyone else. I didn’t want to do that”.

He spent 3 years down the EMF rabbit hole before he started to apply his knowledge in his work.

He came to realize that his EMF research had enabled him to become a much better electrician.

He say’s, “I don’t want any of those electrons escape”.

Walter McGinnis has over 30 years experience as an electrician and has been researching, testing and mitigating Electromagnetic Fields (EMFs) for over 10 years.

He’s the founder of McGinnis Electric, a company that specializes in the installation, upgrade and repair of all types of residential and commercial properties.

McGinnis Electric carry out electrical work with a difference: all work is completed to ensure that you and your family are protected from potentially harmful electromagnetic radiation.

Walter is passionate about educating people on the EMF issue, he holds public workshops to inform people about electro-pollution’s harmful effects, and regularly writes articles for mainstream media.

Listen to my interview with Walter McGinnis and learn:

*****This interview has been broadcast. To listen to future interviews make sure you are signed up to my FREE newsletter.*****