James excelled at many things growing up in New York City,

He was good at physics.

So good that he was the only student to earn a 100 on the High School Exam.

But his first love was music.

He taught himself the saxophone.

He perfected his skills playing in local R & B and funk bands.

In 1991 he received a government invitation to perform in Russia.

He went on to play sax with Quincy Jones, he performed at the Royal Albert Hall with Ben Harper and the Innocent Criminals and he received numerous prestigious accolades including the Time Out New York’s Top 10 Performances of the Year Award in 2005.

But challenging times were around the corner. 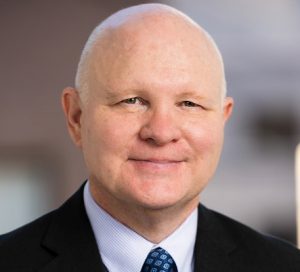 The pressures of touring the world were taking their toll.

“I was running on empty,” says James.

In 2001 he was diagnosed with Gastroesophageal Reflux Disease, Crohn’s Disease, Insomnia, and Squamous Cell Carcinoma.

When his daughter was born he decided to give up touring.

Initially he paid the bills by offering private tuition to budding musicians in Manhattan.

This gave way to more lucrative work as a Futures and Commodities trader.

In 2008 his health further deteriorated.

He was diagnosed with both Adrenal Failure and Chronic Fatigue Syndrome.

After a decade of suffering from illness and consulting different doctors James took matters into his own hands.

He realized EMFs had a lot to answer for in terms of his own health issues.

To study and learn about EMFs he took on a mentor in the form of EMF mitigation expert Michael Neurt.

Today, James is completely healed and cured of all his illnesses.

Armed with his new found knowledge and his tools he continued EMF testing and mitigation, solving a myriad of health issues for family, neighbors, and friends.

Spurred on by the feeling of making a real difference in improving peoples’ lives he decided to offer his services to the public in his native New York City.

He’s since been able to successfully help people with all kinds of health issues all of them related in some way to EMFs – especially insomnia.

James says, “we have a 100% success rate curing people of insomnia…. many of them are cured the very night that I visit them”.

James Finn is the founder of the first NYC-based EMF testing company based in Manhattan, EMF Consultants. He was recently accepted into the Pastoral Medical Association and is a licensed and insured medical practitioner in 30 countries.

Listen to my interview with James Finn and learn:

After the interview (this is a recorded interview), James confided that he dislikes doing interviews following a bad experience when he was a professional musician, but that this was the best interview he’d ever done – high praise!

Of particular interesting is James’s explanation of what causes people to be electrically sensitive.

*****This interview has now been broadcast. To listen to my up-coming interviews sign up to my FREE newsletter.*****