Olga remembers being electrosensitive for a very long time.

She remembers as a teenager going into shopping centers and feeling quite ill but thinking there was something very odd about herself.

This went on for many years.

Under fluorescent lighting she often experienced headaches and generally did not feel well around anything electrical.

In the early 1990s she read a book by Thomas Eldridge called ‘The Highly Sensitive Person’ which made sense of a lot of things for Olga.

She began to understand what was happening in terms of her general sensitivity.

But it wasn’t until the early 2000s that she began to make the connection with electromagnetic fields (EMFs) and understand what was really happening.

‘I remember felling very agitated and anxious for a very long time, there was no particular reason for this, just this free floating anxiety that I couldn’t seem to pinpoint.’

In about 2009 Olga started to experience electrical buzzing and zapping in her head.

She put it down to over thinking, over working her brain.

At the time Olga had a wireless antenna (Wimax) on the roof of her home.

One day the penny dropped.

She made the connection between the timing of the Wimax being installed and the symptoms she was experiencing.

But the electrical buzzing in her head gradually became more debilitating and distracting and she began to experience hearing loss and difficulty walking – she would find herself walking like a drunkard, weaving all over the pavement.

‘After taking the antibiotics route and all the other things that lead to nothing I had an MRI which revealed the presence of an acoustic neuroma’.

(Acoustic Neuroma a.k.a a tumor that grows on the nerve inside the ear that affects balance and hearing).

This all came as a terrible shock to Olga.

She’d never even heard of the term acoustic neuroma, she didn’t know they even existed.

Olga began to understand the impact of EMFs on her life.

Initially she felt a lot of frustration and anger at this stuff coming out of the environment at her without being consulted and without having any say.

It left her feeling powerless.

Olga had lived what she considered a very healthy and self-aware kind of life.

How could this be happening?

But she knew that anger wasn’t the answer.

Olga began to eliminate the sources of EMFs and work at creating a healthier home environment.

But she realized there was some deeper work that needed to be done.

Her work with human dynamics and exploring the deeper stuff inside us that drives what we do enabled her to recognize a part of her beyond this emotional reaction where a deeper truth was trying to emerge.

‘I realized I was being challenged at some higher level to address this in a higher way’.

Which is the amazing work that Olga has been focused on for the last few years.

Which is the theme of her new book. 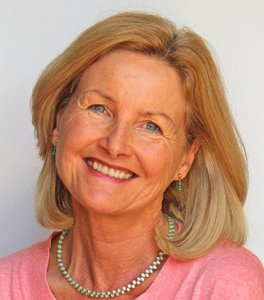 Olga Sheean is an editor, educator, relationship therapist and empowerment coach, and she’s also the author of a new book called: EMF Off A call to consciousness in our misguidedly microwaved world (currently only 2 reviews on Amazon.com – please read it and leave your review, it deserves more reviews than this!).

Olga has had a rich and exciting career exploring the jungles of South America as a photojournalist, working as an editor at the United Nations in Geneva and also as a magazine editor and columnist and writing over 300 articles on a wide range of topics. Olga has also researched and written widely on the issue of EMFs in our environment.

By applying her teachings in her own life, Olga has regained much of the vitality lost due to being electro-sensitive – she continues to boost her resilience, via neural reprogramming and consciousness-elevating techniques for creating a healthy body and environment.

Listen to my revealing interview with Olga Sheean and learn:

*****This interview has now been broadcast – to follow future EMF interviews make sure you are signed up to my newsletter.*****