At five years old Frank was so scrawny and weak the doctors thought he might have leukemia.

Out of desperation his parents took him to see a natural healer named who lived in a run-down trailer park.

He was told that he had serious food allergies.

He changed his diet and was soon playing with the other kids again and helping out on his parent’s farm.

In high school he was passionate about boxing. Then a bad knock nearly left him crippled.

He could barely walk for weeks and despite several doctor’s visits he made little improvement.

Eventually his mother decided to take him to see a chiropractor. It worked. He was soon feeling better than ever.

In his early 20s his aging father put him in charge of the family farm. His interest in all things natural grew in leaps and bounds and he decided to make the transition to organic, biodynamic farming.

But his experience with the chiropractor had sparked a real passion for natural health and the healing arts.

He read everything he could about natural foods and health.

He came to realize how detrimental many aspects of the Industrial Revolution and the so-called advances of modern science and technology are to human health. He began to see a need for another kind of revolution.

He promptly decided to become a healer instead of a farmer. He obtained two degrees: Doctor of Chiropractic and Naturopathic Doctor and in 1979 he established a multi-practitioner natural health clinic.

The clinic soon gained a reputation for helping people who were at the end of their ropes whose challenging symptoms left other doctors bewildered.

People drove from miles around to his clinic, located in the spacious house his father had built on the farm.

Difficult cases became the specialty, “we were passionate about finding the root causes of illness, rather than simply treating symptoms”.

He went on to develop a new approach to natural health care, including pure water-based homeopathic medicines.

His latest homeopathic remedy is called EMF detox. I you are overseas and you would like to order EMF Detox you can do so here.

My next interview guest is Dr. Frank King. 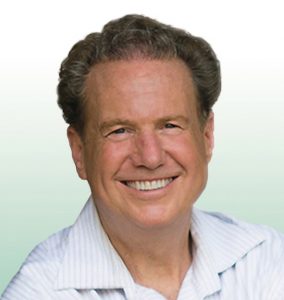 Dr. Frank King is a doctor of chiropractic and naturopathy with a 40-year background in natural health care. He is a nationally recognized researcher, homeopath, lecturer, and the author of The Healing Revolution. He founded King Bio, an FDA-registered natural pharmaceutical manufacturer, in 1989 after making many breakthroughs in homeopathic medicine and natural health care.

Dr. King is a member of the Homeopathic Pharmacopoeia Convention of the United States (HPCUS).

His passion for research and development of safe, natural medicines grew out of his chiropractic practice in the 1980s. He has now developed over 500 natural homeopathic medicines along with procedures to empower both physicians and individuals in their quest for optimal health.