She was the founding director of the Board on Environmental Studies and Toxicology of the U.S. National Research Council, National Academy of Sciences (NAS) and the only woman to serve as Scholar in Residence.

Whilst directing the NAS she took a firm stance on cigarettes. She published several (unpopular) reports advising that tobacco smoke be removed from airplanes and the environments of young children.

Under President Clinton she served as Senior Advisor to the Assistant Secretary for Health in the Department of Health and Human Services,

Her first book When Smoke Ran Like Water was a National Book Award finalist.

It told the story of growing up in Donora, Pennsylvania, where in one five-day period, 20 people dropped dead from air pollution.

It’s the town she grew up in. And yet, “no one ever talked about it”.

She went on to learn that Donora had had this massive catastrophe. Later on this led to the recognition that the environment affects our health.

This is something we take for granted now but no one wanted to talk about it then.

She wrote the book and told the stories about what happened to her grandmother, her uncle, and others. “We all learned what the consequences could be of living in a world where the sun didn’t shine for days at a time” she says.

Her second book, The Secret History of the War on Cancer, was a top pick by Newsweek. It influenced national cancer policy in South Africa and became standard reading for major schools of public health like Harvard.

It was her grandchild that got her interested in the subject of her third book. Watching him play one day she observed that at the age of nine months he could already manipulate a cell phone.

This got her thinking. She started to do some research. She was shocked by what she discovered and decided to write a book about it.

Disconnect–the truth about cell phone radiation presents an array of recent and long suppressed research. It reveals the dark side of cell phones.

When her book was published it was selected by TIME magazine as a top pick of the year and received a Silver Medal for courageous investigation.

In some circles her book became known as “the news that didn’t make the news,”. Hardly surprising given that most of the book chains across the US refused to stock it when it came out.

And yet a few years down the line it has served to form the foundation for public health policy changes around the world including in Canada, Israel.

My next interview guest is Dr. Devra Davis. 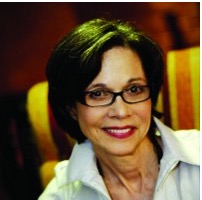 Dr. Davis is the founder of the non-profit Environmental Health Trust.

The interview and replay are FREE for 24 hours after the event for everyone that’s signed up to my newsletter.