Here are a list of easy to understand, not too technical electromagnetic field (EMF) definitions.

If there is a definition you are looking for which you can’t find on this page, let me know in the comment box at the bottom of the page and I’ll add it in! 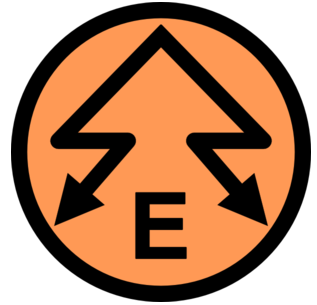 A unit of measure for electric current. Amperes or amps are quantity. Thought of in terms of water, amps are like gallons or buckets (volts are the pressure – see below).

Amplitude is the measurement of the maximum of peak displacement compared to the zero rest level, that’s to say its the height of the wave. The unit of amplitude varies with the kind of waves we are talking about. E.g. The amplitude of an electric field is measured in V/m.

An antenna is a conductor that can send and receive EMFs such as microwave, radio or satellite signals. A high-gain antenna increases signal strength, a low-gain antenna receives or transmits over a wide angle. This metal device is also called an aerial.

Attenuation is the opposite of amplification. It means reduction in signal strength by losing gradually flux intensity. For RF shielding products the attenuation is commonly expressed in decibels (dB) at a certain frequency because the attenuation changes according to the frequency.

The attenuation specification for a shielding material indicates how much radiation penetrates through the shield.

It is a metallic bar or a strip, with screw connections for either neutral or grounding conductors. The busbar is used for local high current power distribution.

As far as electricity goes in the US this refers to the National Electrical Code (NEC), which is revised every three years. This is a safety practice adopted by the states and not a federal law.

Any material which passes electrical current in one or more directions. Metal is generally used as a conductor – other substances such as the earth or the human body can be good conductors which partly explains the health issues with metal fillings and EMFs.

Typically metal pipes for carrying electrical wiring though they can be made of PVC or other materials. They can act as grounding conductors for electrical circuits in some circumstances.

Lines carrying power to neighborhoods (primary distribution) and to one or several buildings (secondary distribution). To simplify it is the final stage before electricity gets to your house.

A directional EMF meter can detect EMFs from a given direction as opposed to an omnidirectional (or triaxial) meter which at any time gives the reading of the EMFs coming from all directions in a given position. It may be seen as an advantage for a RF meter to be directional because it allows you to determine the direction of the RF source.

It is the English term for ground. That is to say, when there is a physical connection with the earth. The regulations for earthing systems are very different between countries.

Electric fields are produced around physical items. It is a zone of potential difference between oppositely charged conductors or between conductors and ground. It’s measured in volts per meter (or V/m) and is a function of voltage, not of current.

An electromagnetic field, also called an EMF, is a region of space where electric and magnetic forces interact. Often used to refer to the general phenomena associated with fields spreading out from conductors or antennas, depending on the frequency.

The electromagnetic spectrum or EMF spectrum is used to show the relationship between different types of EMFs according to their frequency and wavelength.

A term used to refer to the excessive density of electromagnetic fields, from both wired and wireless sources, in the environment. It is also called the “electromagnetic pollution”.

Extremely low frequencies are in the range 1-300 Hz though sometimes defined as being up to 3kHz. Your homes’ electrical wiring (60Hz in US) is in this ELF range.

EMFs are expressed in terms of their frequency and wavelength. Frequency is how many complete waves go by per second. This rate per second is expressed in Hertz (Hz). 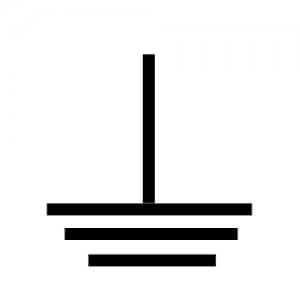 Used as a verb or noun. As a verb it means to connect in some way to either earth or to a conductor which serves in place of the earth. Sometimes used when the more accurate term would be “bond.” N.B. it is not the earth connection which protects a circuit from a “ground fault,” but a solid connection back to the transformer neutral. Not be confused with grounding or earthing, the practice of going barefoot and/or connecting with the healing effect of the earth.

Harmonics and transients are a form of “noise” or “distortion” which attach to the fundamental wave, thereby producing a distorted waveform. Commonly known as dirt electricity.

Used to measure the rate at which charge changes polarity of an AC electric current. One Hertz is one cycle per second.

As a noun it refers to the ungrounded circuit conductor carrying the voltage.

A material which is a poor conductor of electric current and has a higher resistivity.

A zone of energy which accompanies every electric current. Can be an AC or DC magnetic field (MF) – measured in milligauss. A typical source of magnetic fields is faulty electrical wiring and power lines.

In the US the FCC (Federal Communications Commission) defines “microwaves” as a subcategory of RF radiation operating at frequencies ranging from about 1 GHz upward.

One-thousandth of a gauss (mG). It’s the unit of measurement for magnetic fields most commonly used in North America.

Or neutral conductor. The common term for a grounded conductor (GC), white in the US.

Usually refers to one of the voltage carrying conductors in a power line or in an entrance cable to a building.

The positioning of each phase of the circuit on a utility line with respect to the other phases so as to minimize EMFs through cancellation.

Otherwise known as ‘extremely low frequency’ (ELF) electromagnetic fields (see above). The frequencies used are typically in the 50 – 60 Hz range. These frequencies are what typically should be found on household wiring.

A term for energy which leaves its source and travels. Power frequencies as found in electrical wiring generate negligible radiation. Radio frequencies and above are true radiating sources.

The property of a material to resist the flow of electrical current. Current flowing through resistance always results in dissipation of energy usually in the form of heat.

The overhead which brings power to a residence or business from the distribution line. It usually attaches to the eave of the building if overhead.

Shielding is the word used to describe all the various means which are used to protect from electromagnetic field exposures. Typically this will involve placing a barrier between yourself and the source of an EMF. The effectiveness of shielding is called ‘shielding performance’.

An unintentional connection between hot and neutral conductors in a circuit or between two hots.

A device used to convert electrical power and commonly found in many modern electrical devices that work at low voltage including smart meters, DECT phone chargers, computers etc. SMPS converts voltage and current (AC to DC) by constantly switching the source on and off to supply the needed voltage at the output. This switching can create dirty electricity. The alternative, linear mode power supply avoids this problem by offering a constant voltage but is less energy efficient and more expensive.

A misnomer, neutral current does not stray, it follows all available paths to complete the circuit back to the transformer or substation.

A tri-axial EMF meter is a meter which gives a reading based on the 3 axes (X,Y and Z). To obtain the equivalent with a single axis meter, in any given location typically means you would have to take measurements on the x, y and z axes, square these numbers then add them together and take the square root. One of the best known Tri-axial EMF meters is the Trifield meter.

A service that brings in all three phases from the power line plus the neutral. Common in commercial buildings.

Service that brings in two of the three phases from the power line plus a neutral. This type of service always produces significant neutral current since the two phases never balance.

EMFs in the frequency range of 3 kHz to 30 kHz.

Used to measure electrical potential. Its the electrical force which propels current in a conductor. The usual comparison is with water. A volt is the pressure, like psi in water, but applied to electrons.

Electric fields are usually measured in volts per meter (V/M).

If you’re looking for more developed definitions I recommend you read Tracing EMFs in Building Wiring and Grounding by Karl Riley, which served as my reference guide in preparing the above.