Once upon a time I used to be like most people.

I believed that all that existed could be perceived by the 5 senses, taste, touch, smell, sight and hearing.

Then one day I got sick with my cell phone.

After a very short time the symptoms I experienced when using my cell phone, I also began to experience when using my computer, TV, telephone and a long list of other previously innocuous devices.

I tried to deal with what was happening to me through western medicine and my 5 senses.

But I just got sicker and sicker.

I soon figured out it was something to do with EMFs, but how to deal with these EMFs seemed to be an insurmountable problem.

Then one day it dawned on me all that EMFs were really just energy.

Through my trials and tribulations the most important discovery I made was not about the EMFs from my cell phone and other devices.

It was about energy.

Somehow I knew that the solution lay in learning to deal with, to live with, to be in harmony with the energies in my world.

One of the most important energies for me and the other living beings that inhabit this planet are the energies that emanate from the earth.

I learned that there was a way of physically connecting with these energies and that doing so could be beneficial.

In 2010 a ground-breaking book was published explaining this phenomenon. 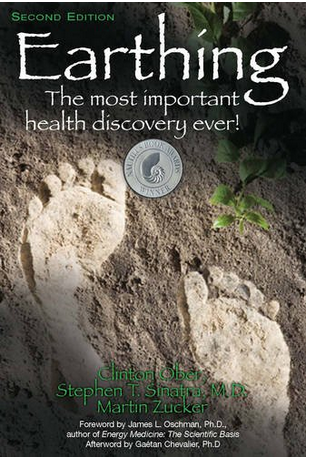 The book is called Earthing: The Most Important Health Discovery Ever. In the book Clint Ober recounts how he discovered the beneficial effects of earthing and the series of events that lead him to write the book.

In 1993 Clint was a very successful cable TV entrepreneur living in a 5000 square foot mountaintop home in Colorado with a bird’s eye view of Denver and the Rockies. Following a routine root canal procedure he fell seriously ill. Eighty percent of his liver was compromised and infection had spread through his body.

There seemed to be little hope, then a young surgeon suggested experimental surgery to remove most of his damaged liver. It seemed a long shot but it was the only shot, so he underwent the surgery.

He survived the surgery. The first three or four months were particularly difficult, he could barely walk. Over time he gradually began to regain his health but he came out of his ordeal a changed man, “a stark realization came over me …I didn’t really own my own home and the mountain of possessions I had, they owned me”.

He promptly sold his house and business and ventured out into the wilderness with an RV and a few necessities looking for answers.

In 1997 while gazing out over Key Largo bay in Florida, these words popped into his head, “become an opposite charge, status quo is the enemy”.

A year later he was still no wiser as to what they meant. Then one day he was sitting on a park bench watching the world go by and he found himself staring at people’s footwear.

It suddenly occurred to him that everyone was wearing shoes with thick rubber or plastic soles. They were insulated from the ground.

He pondered this. From his cable TV days he knew to provide the viewer with a good signal and a crystal clear picture, the cable needs an inner metal conductor, an insulating layer and an outer shield. The shield is electrically connected to the earth.

For cable systems to work he knew that they must be grounded and held at the same electrical potential as the earth’s surface. He started to wonder whether insulating ourselves from the earth by wearing plastic or rubber souled shoes could affect our health.

He experimented with a voltmeter. He connected a 50 foot wire to a ground rod outside and then he started walking around the house measuring the electrical charges in his body. He noticed that when he walked towards a lamp or something electrical the voltage would go up.

He realized that without earth contact the body was always being charged by the EMFs and static electricity in our environment. But when he grounded himself the charges were removed and he started sleeping better and feeling better.

This is the story behind the book. To write the book he collaborated with experts from various fields, one of them was physicist Dr. Gaetan Chevalier.

Dr. Gaetan Chevalier received his Ph.D. from the University of Montreal in Engineering Physics with specialization in Atomic Physics and Laser Spectroscopy. After 4 years of research at UCLA in the fields of plasma physics and nuclear fusion, he became professor and Director of Research at the California Institute for Human Science (CIHS) for 10 years doing research on human physiology and electrophysiology. 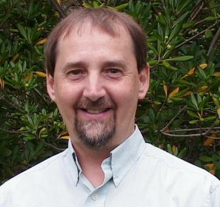 It’s a LIVE interview. It will last approximately one hour and it’s FREE to listen to.

I’ll be talking to Dr. Gaetan about:

If you’re looking for answers to deal with your own health challenges or you’re just curious about the science behind earthing, then make sure you tune into this interview.