“I was absolutely desperate to have children. It was one of the reasons I got divorced,” explains American osteopath Arielle.

She wanted children but her husband didn’t so she decided to make a clean break.

She moved to London, thinking she’d be able to find a new partner, settle down and have kids.

She set up her osteopathy practice in London. On the outside she was seeing clients and running a successful practice. On the inside she felt stressed, frustrated and depressed.

Arielle had been suffering with terrible headaches for years. They were getting worse and worse.

A routine check-up revealed that her hormone levels were out of balance. Further tests revealed the presence of a brain tumor.

Tests Revealed The Presence Of A Brain Tumor

It was a huge shock.

Her first reaction was, “how unfair”.

Then she decided she wanted to learn everything she could about this tumor. She discovered that the tumor caused infertility.

The irony of the situation was mind blowing.

She felt like every cell in her body was saying, ‘I want children’ and yet somehow she’d created a tumor that stopped her having children.

Arielle knew there had to be some reason for this. It was too much of a coincidence.

She decided that rather than go the conventional route of drugs or surgery, she was going to treat it alternatively.

The alternative healing modality that Arielle decided to use was Neuro-Linguistic Programming (NLP). She trained to become a master practitioner. 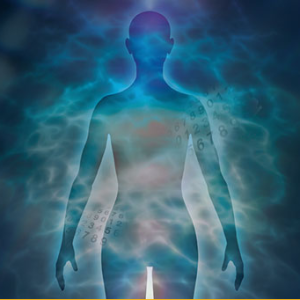 Through NLP she discovered that deep down she had such an abhorrence of what her family had been like, that part of didn’t want to be a mother.

In other words, consciously she wanted one thing but unconsciously part of her wanted just the opposite.

She realized she was feeling a lot of anger and frustration. She caught herself thinking, “I’m so sick of this, I just want to be rid of this whole nightmare”.

Then she thought, ‘if I’m attacking my tumor with all these thoughts, that’s murderous’.

‘Attacking My Tumor With All These Thoughts Is Murderous‘

She realized that every thought she’d had, was about making her tumor go away. This wasn’t healing.

Instead of thinking about attacking her tumor she decided to do just the opposite and bring acceptance.

She asked herself the question, ‘what if my tumor has a purpose for being here?’ And if my tumor is still here maybe there is still a purpose.

She thought, “what would happen if I gave it permission to stay for the rest of my life?”

6 months after this realization Arielle had a routine blood test. Miraculously, she discovered her hormone levels were normal and that her tumor was gone.

Reflecting on all this, she realized that her tumor had taken her on a journey she’d never planned. She’d changed her career, her outlook, she’d learned things she’d never dreamed of learning and she’d met some wonderful people.

A New Model For Understanding And Promoting Healing

The story of Arielle Essex is just one of many amazing stories recounted in the movie ‘The Living Matrix’. Through interviews across Europe and the U.S. with pioneering scientists and leaders in alternative medicine, ‘The Living Matrix’ reveals a new model for understanding and promoting healing.

Winner of the 2010 Coalition of Visionary Resources Visionary Award, The Living Matrix explains how energy is information and why energy-healing modalities work.

The Living Matrix is entertaining and compelling. I found it to be a truly inspiring movie which provides a simple explanation of how energy healing works so that anyone can understand it.

Here’s the trailer for the film:

Next Thursday I have the pleasure of interviewing the film’s creator and executive producer Harry Massey who’s inspiration to make the film was is own incredible healing story. 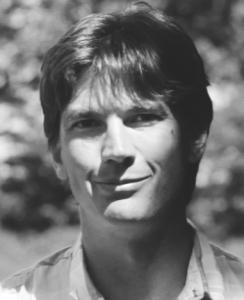 Back in 2000, Harry Massey was suffering from severe chronic fatigue syndrome which had left him bed-ridden for 7 long years. He’d tried every kind of conventional and alternative healing approach but nothing had worked.

His research led him to a visionary scientific thinker named Peter Fraser. That was when everything changed. Peter was an acupuncturist who’d spent more than 20 years researching the ‘human body-field’ and developing remedies based on it. Under Peter’s guidance, amazingly, over the next two years Harry was able to make a full recovery.

Peter and Harry began working together, and went on to found NES Health Limited, a company dedicated to fostering a 21st century system of healthcare based on the integration of physics and biology. As part of NES Health, Harry invented two health-related clinical technologies, the NES miHealth and NES Provision.

If you’re looking for answers to deal with your own health challenges or you’re just curious about the science behind energy healing, then make sure you tune into this interview.

I will be talking to Harry about: