Today I would like to share with you this short video presented by Deb Carney who is living in close proximity to some cell phone towers in Denver. In this video you will learn:

Watching this video I asked myself “how many other cell phone tower scenarios like Lookout Mountain are there around the world?” If you feel you might be a victim to cell phone tower radiation now is the time to do something about it.

Deb Carney: My name is Deb Carney and I live on Lookout Mountain west of Denver. I’m also an attorney for the 9,000 folks who live in my community. We are unprotected, and we are in trouble.

We may be the future, take a look at the canary in the coal mine. Presently, we’re showing signs that the radiation from the broadcast towers is affecting our health. The broadcast levels keep going up – nothing we seem to do or say makes any difference.

Update 15 June 2020: this video has been removed from Youtube but here is the transcript.

I got a call from the State Department in March. They wanted me to give a tour of the broadcast towers on Lookout Mountain to the officials from the Ukraine. I thought of Chernobyl; I didn’t know why they wanted to come. When they came, I had one of our electrical engineers explain how much radiation we have in our community now. He explained how much more was going to come about as a result of some recent legislation. The Ukraine officials were shocked! Shocked! What they said is this would never be allowed in Europe, the levels we are experiencing. They expressed their sympathy.

They (the Europeans) already know that at levels a hundred times lower than what the FCC allows, there are biological effects to people, and their limits are set a hundred times lower than our own. They learned after Chernobyl, all the community of Europe, all the different countries got together and said, “You can’t do something in the one country that affects the other countries adversely.” So, they are actually reducing the amount of radiation even though they’re deploying the technology. 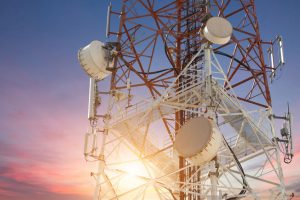 We are one of the most radiated communities that I know about in this country because we live at the same altitude as these high power broadcast antennas. And so, we are in the main beam. We are showing signs of problems. We have a high brain tumor rate on Lookout Mountain, three times more than should be occurring, according to normal statistics. It’s happened not once, but twice when they’ve audited two entirely different time frames. They got the same elevation, and every person who had a brain tumor, every one, was in direct line of sight of the towers. And, what do we know about direct line of sight? We know the radiation is more intense there and we know that because we have a number of electrical engineers that live on the mountain. We also have a number of research scientists on Lookout Mountain and a number of physicians.

We also had a study run on us, and as the radiation goes up, our white blood cell counts go up. We had to wear devices that measured exactly how much broadcast radiation we were receiving, and then they took our blood. They found out a direct biological response. That’s been verified by an immunologist and the author of the study, James Birch.

The physicians have started to take a look at this. I’ve given physicians a lot of this research that normally physicians don’t look at. They took a hard look at what our standards are in this country, and every one of them came to the conclusion that our standards for long term exposure to electromagnetic radiation in this country are totally non-protective for human health. Totally. They do not protect us. These are oncologists from the university who say it’s outrageous to expose humans to these levels of radiation.

The reported health effects: leukemia, brain cancer, infertility, altered immune function, neurological and developmental impairment. But please take a lesson from what’s happened to us, please make sure it doesn’t happen in other communities. We are unprotected in this country. What’s it going to do to us, what’s it going to do to your children?