Here is a guest article by Simon Parker a security and fire safety expert on the dangers of radiation from alarms and other forms of physical security device.

Where physical security devices like intruder alarms, fire alarms, access control systems and CCTV systems are put in place they should perform to the maximum of their capabilities. But as necessary as they sometimes are and as imperative as they can be in health and safety and in aspects of combating crime, there is a threat of radiation from these physical security devices that needs to be explored.

Why and where you should use an intruder alarm? 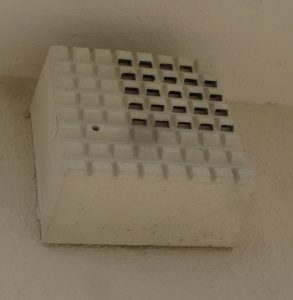 Intruder alarms are useful tool to deter would be criminals and also to ‘raise the alarm’ when a break in has occurred. They can be used in a home, a place of business, a place of leisure or wherever a landlord, owner or manager sees fit. They are an important part of a security system. An alarm that differs from crime use and is used with regards to safety would be something like a fire alarm or a smoke alarm. Of course the seriousness and need of these are second to none. In this piece I am exploring the threat of radiation from these security devices.

The first thing that comes to mind is how much of a catch 22 situation this is. I mean security and health and safety are important, however, the downside is just as important if it causes a negative health issue. How do you weigh up the pros and cons? What are the exact health issues it can cause? Are there other options available?

Why are ionic smoke alarms banned in EU countries and US states?

Some European countries and some US states have banned the use of domestic ionic smoke alarms. They produce a low level of ionizing radiation outside of the device. This radiation, not to be confused with lower energy radiation commonly termed EMFs (which are non-ionizing) can cause damage to cells increasing the risk of cancer. Because of the low level of radiation emitted by these smoke alarms they are still commonly used, however, if you had a choice for a different product wouldn’t you want to surely use that instead?

Again you have to weigh up these further pros and cons and decide which alarm to go with or go with one that has both. Ionic alarms are also relatively cheaper and is a reason why they are popular but I wonder if they were researched by consumers would they be as popular?

Wireless burglar alarms often use DECT (Digital Enhanced Cordless Telecommunications) which will expose you to radiofrequency radiation. To mitigate these effects, instead of removing the system completely, you can take take readings with a radio frequency meter and identity the hotspots of exposure.

From here you can contact your installer to re-position sensors, wire sensors, or turn off microwave transmitters in the sensors in bedrooms and other sensitive areas. This will reduce your risk. The solution I recommend would be a complete wired set up to really combat this threat, it would entail a longer set up and probably adds up to being more expensive after costs of hiding wires etc but is a healthier option with regards to radiation. [I explore the issue of wireless burglar alarms more fully in this article.]

Certain alarms and set ups are needed in certain situations but you cannot put a price on your health and anything that challenges that. In my opinion, I say spend the extra, go for products that give out absolutely no radiation, put your health first.

At the end of the day you have to make your own decision but please, before you do, weigh up the pros and cons and realize that life and health are far more important than anything else which is ironic since an alarms’ job is often to preserve life in the first place.

Simon Parker has over 70 years of shared experience with Minerva Security.